Syd Little net worth: Syd Little is an English comedian who has a net worth of $5 million. Syd Little was born in Blackpool, Lancashire, England in December 1942. He is best known for being one half of the comedy duo Little and Large with Eddie Large. Little first worked as an interior decorator.

He was a singer and guitarist in pubs in Manchester before he met Large. The duo started out as Cyril Mead and Friend and then became Mead and McGinnis. They finally settled on Little and Large and won Opportunity Knocks in 1971. Little and Large would go on to have a very successful television career spanning 20 years. They got their first television series in 1977 and it lasted for 14 years, ending in 1991. After the show was cancelled, Little did not appear much. In 2005 he was featured on the reality TV series Trust Me I'm A Holiday rep. Syd and his wife Sheree opened The "Little" Restaurant in Fleetwood, Lancashire in 2012. In 2015 he was a contestant on the BBC One reality series Celebrity MasterChef. He also co-authored the 2004 book Little by Little. 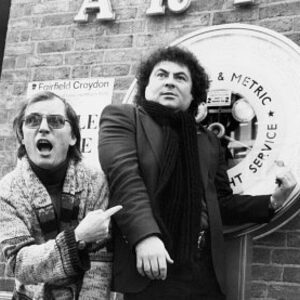