Suli McCullough net worth: Suli McCullough is an American actor, comedian, and screenwriter who has a net worth of $500 thousand. Suli McCullough was born in Los Angeles, California in January 1968. As an actor he starred as Mouse on the television series The Jamie Foxx Show from 1999 to 2001. He is known for starring as Crazy Legs in the movie Don't Be a Menace to South Central While Drinking Your Juice in the Hood in 1996.

McCullough has also appeared in several films and episodes of TV series including A Different World, Married with Children, True Colors, Martin, In Living Color, What's Love Got to Do With It, Fatal Instinct, The Fresh Prince of Bel-Air, Terminal Velocity, The Fence, The Cable Guy, The Larry Sanders Show, An Alan Smithee Film: Burn Hollywood Burn, Seinfeld, The Wayans Bros., The Party Crashers, Angel, Run Ronnie Run, Real Husbands of Hollywood, and more. Suli McCullough wrote for the TV series Weekends at the DL in 2005, The Tonight Show with Jay Leno from 2008 to 2009, and Lopez Tonight from 2009 to 2010. 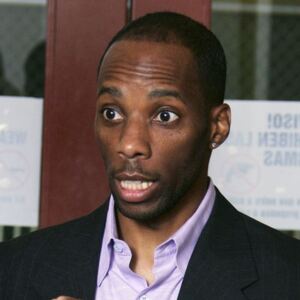