Sue Perkins net worth: Sue Perkins is an English comedian, actress, broadcaster, and writer who has a net worth of $6 million. Sue Perkins was born in East Dulwich, London, England in September 1969. As an actress she starred as Sara in the television series Heading Out in 2013 and has recurring roles in the TV series French and Saunders in 1996 and Dinotopia from 2002 to 2003.

Perkins became well known for her role in the comedy partnership Mel and Sue with Mel Giedroyc. She has appeared in or hosted several TV series including Light Lunch, Late Lunch, Win, Lose or Draw Late, Back in the Day, What the Dickens?, The Supersizers Eat…, The Review Show, Mel & Sue, Insert Name Here, QI, and The Great British Bake Off. In 2012 she was nominated for a British Comedy Award for Best Female Television Comic. Perkins one of the most high profile lesbians in London and has been dating presenter Anna Richardson since 2014. 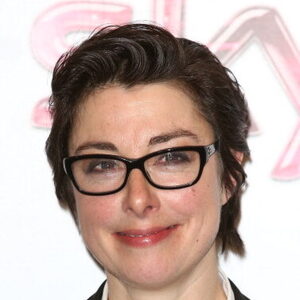