Steve Lemme net worth: Steve Lemme is an American actor, comedian, writer, and producer who has a net worth of $800 thousand. Steve is best-known for being a member of the Broken Lizard comedy group which produced the 2001 movie Super Troopers and the 2018 sequel, among several other comedies.

Steve Lemme was born in New York City, New York in November 1968. Lemme first appeared in the 1996 film Puddle Cruiser and then in the 1999 movie Big Helium Dog. In 2001 he starred as Mac in the movie Super Troopers. Lemme starred as Juan in the movie Club Dread in 2004 and as Jimmy in the film The Dukes of Hazzard in 2005. In 2006 he starred as Fink in the movie Beerfest. He has also starred in the movies Watching the Detectives in 2007, Capers in 2008, The Slammin' Salmon in 2009, I Heart Shakey and Freeloaders in 2012, and The Origins of Wit and Humor in 2014. Lemme will star as MacIntyre "Mac" Womack in the upcoming film Super Troopers 2. He has been a writer for the movies Puddle Cruiser, Super Troopers, Club Dread, Beerfest, and The Slammin' Salmon and a producer for the movies The Decade, Boxes, The Babymakers, and I Heart Shakey. 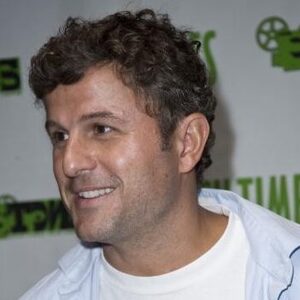