What is Steve Coogan's Net Worth?

Steve Coogan is an English actor, farceur, writer, impressionist and producer who has a net worth of $25 million. Coogan is an established entertainment figure and a recognizable face who has appeared in a wide range of different projects. Although he began his career as a voice actor in the 80s, Steve later transitioned successfully to on-screen acting roles.

During the early years of his career, Coogan was perhaps most famous for creating the character of Alan Partridge. This fictional media personality proved quite popular with audiences, and Coogan has portrayed him several times in various films and television series.

Outside his work as Alan Partridge, Steve has appeared in a number of mainstream Hollywood films, such as "Tropic Thunder," "The Other Guys," and the "Night at the Museum" film franchise. Coogan isn't just known for his comedic acting, either. He has booked dramatic roles in films like "Marie Antoinette," "The Look of Love," "Stan & Ollie," and "Philomena." The latter performance earned him several award nominations, including Golden Globes and BAFTAs.

Steven John Coogan was born on October 14th of 1965 in Middleton, Manchester, England. Raised in a Roman Catholic household alongside five siblings, Steve was encouraged to take his education seriously from a very young age. Both of his parents have Irish roots, and Coogan later stated that they provided a very happy childhood for him.

Early in his youth, it became apparent that Steve had a talent for doing impersonations. He later decided that he wanted to go to drama school, despite his teachers advising him that it wouldn't be a reliable career choice. He was rejected by several drama schools in London before gaining admittance to the Manchester Polytechnic School of Drama. During his time at this educational institution, Coogan met John Tomson for the first time. The pair would later collaborate on a number of projects.

Coogan began his career as a stand-up comedian who performed primarily in Ipswich. During this period, he became renowned for his impressions. After voice acting for several commercials and the comedy puppet TV series "Spitting Image," Coogan created the character of Alan Partridge while working on "On the Hour." A number of other roles followed before Coogan hosted his own show called "Knowing Me Knowing You with Alan Partridge." A sitcom called "I'm Alan Partridge" followed.

In addition, Steve has appeared on various television series, playing a range of characters. In 2007, he appeared on "Curb Your Enthusiasm" as a psychiatrist. In the west, he is probably best known for appearing in films like "The Night at the Museum" series. In 2008, he played Damien Cockburn in the comedy "Tropic Thunder." He also appeared in Hollywood films like "The Other Guys" and "Marie Antoinette."

Coogan received the most critical praise for his work in the film "Philomena." Not only did he write and produce this film, but he also starred in it. Starring Judi Dench, the film tells a story about a woman who searches for her long-lost son who was forcibly adopted. "Philomena" was nominated for Best Picture at the Academy Awards, and Coogan was nominated for a Golden Globe and a number of other awards. Since 2008, Steve Coogan has started to return to his stand-up comedy roots. 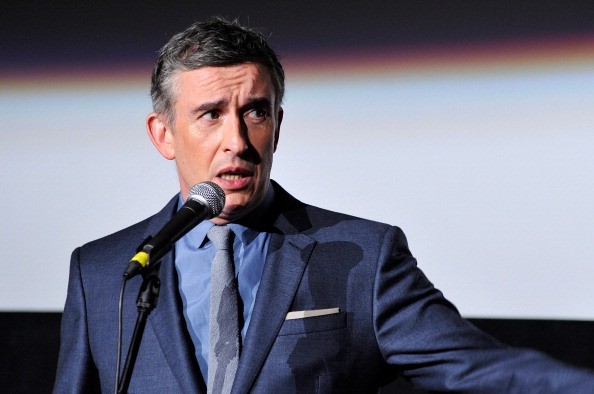 In 2002, Steve Coogan married Caroline Hickman. The marriage ended in divorce three years later. After entering rehab for "personal reasons," he dated model China Chow for another three years. After acting as a guest editor for "Loaded" magazine, Steve than started dating glamour model Loretta "Elle" Basey. The pair broke up in 2014. Coogan has one child from a previous relationship with a solicitor named Anna Cole.

In 2016, Steve Coogan received a fine of 670 pounds after speeding through Brighton. His liscense was also suspended for one month. In 2019, he was caught speeding once again. Somehow, the veteran actor managed to escape a six-month driving ban by arguing that he needed to drive in order to film scenes for an upcoming TV series. He still faced a fine of 750 pounds, however. Coogan has a passion for Ferraris.

In 2011, Coogan purchased a mansion outside of Brighton for 2.45 million pounds. The 16th-century Tudor home (one of the oldest properties in the neighborhood) is not far from Steve's earlier home. It features a billiard room, a cinema room, walled gardens, and it even has its own Wikipedia page. It also sits on about two-thirds of an acre.

In 2015, Steve put this historical home on the market briefly before removing its listing. In 2017, it reappeared on the housing market with a price of 3.25 million pounds. The 7,400-square-foot home finally sold in 2018 for its exact asking price. Later, it emerged that Coogan had tried to renovate the home with a modern swimming pool, among other things. Local officials frowned at his attempts to build these kinds of additions on such a historic residence, and they denied his applications.

Also in 2018, Coogan purchased a home in West London. The home is situated in the "Television Centre," which was being converted into 950 luxurious apartments during this period. These apartments range in price from 725,000 pounds to 7.75 million pounds. Steve also owns a 4-million pound home in Sussex. This home became the subject of considerable controversy in 2020 when he furloughed his gardener and housekeeper at the taxpayer's expense.

This was due to a government furloughing scheme that allows people to furlough employees if they can prove that their earning potential has been diminished due to Covid-19. The home has a swimming pool and a tennis court. The government will cover up to 80% of furloughed employees' wages. 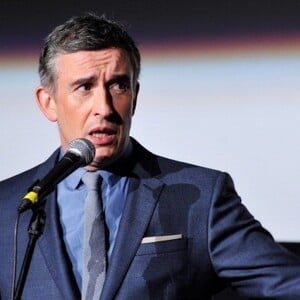