Stepin Fetchit net worth: Stepin Fetchit was an American comedian and actor who had a net worth equal to $10 million (after adjusting for inflation) at the time of his death. Stepin Fetchit was born in Key West, Florida in May 1902 and passed away in November 1985. He was billed as "Laziest Man in the World". He was the first African American actor to become a millionaire as well as the first to receive a featured screen credit in a film. Fetchit starred in several movies including In Old Kentucky, The Ghost Talks, Hearts in Dixie, Show Boat, Innocents of Paris, Fox Movietone Follies of 1929, Salute, Big Time, The Big Fight, A Tough Winter, The Galloping Ghost, Carolina, David Harum, Stand Up and Cheer!, The Littlest Rebel, The World Moves On, Judge Priest, Marie Galante, Bachelor of Arts, The Country Chairman, One More Spring, Charlie Chan in Egypt, Steamboat Round the Bend, The Virginia Judge, Dimples, 36 Hours to Kill, On the Avenue, Love Is News, Fifty Roads to Town, Zenobia, Big Timers, Miracle in Harlem, Bend of the River, The Sun Shines Bright, and more. Fetchit was awarded a star on the Hollywood Walk of Fame in 1960 at 1751 Vine Street. Stepin Fetchit passed away on November 19, 1985 at 83 years old of pneumonia and heart failure. 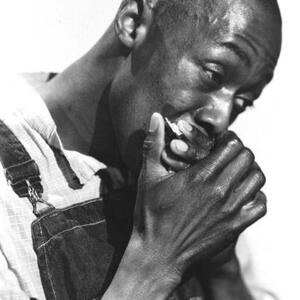