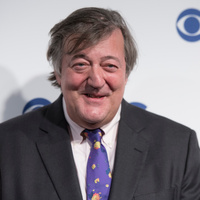 What is Stephen Fry's Net Worth?

Stephen Fry was born Stephen John Fry on August 24, 1957, in Hampstead, London, England. He grew up with mother Marianne, father Alan (an inventor and physicist), older brother Roger, and younger sister Joanna. Fry's maternal great-grandparents were sent to a concentration camp during the Holocaust and were killed by the Nazis. As a child, Stephen's family lived in Chesham, Buckinghamshire, and Booton, Norfolk, and Fry attended Chesham Preparatory School, Cawston Primary School, Stouts Hill Preparatory School, Uppingham School, Paston School, and Norfolk College of Arts and Technology. At age 14, he took his O-Levels and passed all of them except physics. Fry spent three months in prison for using a stolen credit card, then he enrolled at City College Norwich and earned a scholarship to Queens' College, Cambridge. While attending Cambridge, Stephen was a member of the Footlights drama club alongside his future collaborator Hugh Laurie. Fry earned an English Literature degree and graduated with upper second-class honours.

Stephen's television career began with a 1982 broadcast of "The Cellar Tapes," a Cambridge Footlights Revue that was written, by Fry, Laurie, Tony Slattery, and Emma Thompson. The broadcast led to Granada Television offering Fry, Laurie, and Thompson a show, and "There's Nothing to Worry About!" premiered later that year. Stephen and Hugh guest-starred on a 1984 episode of "The Young Ones," and Fry appeared on "Happy Families" and "Alas Smith & Jones" in 1985. The sketch comedy show "A Bit of Fry & Laurie" aired 26 episodes from 1989 to 1995, and Stephen and Hugh co-starred on "Jeeves and Wooster," which was based on novels and short stories by P. G. Wodehouse, from 1990 to 1993. Fry appeared in the films "The Good Father" (1985), "A Fish Called Wanda" (1988), and "The Wind in the Willows" (1996), and he portrayed Oscar Wilde in 1997's "Wilde." In 2001, he played Inspector Thompson in "Gosford Park," which earned its cast several awards, and from 2007 to 2009, he starred as Peter Kingdom on the ITV1 series "Kingdom."

Fry played Prime Minister Alastair Davies on "24: Live Another Day" (2014) and appeared in 13 episodes of the CBS series "The Great Indoors" (2016–2017), and from 2015 to 2019, he voiced Colonel K on the animated series "Danger Mouse." In 2021, it was announced that Fry had joined the cast of the Netflix series "The Sandman," an adaptation of the Neil Gaiman comic book series of the same name, and that he would be starring alongside Amanda Seyfried, William H. Macy, and Laurie Metcalf in the Hulu miniseries "The Dropout." Stephen has also been involved in the theatre, winning a Fringe First prize for his play "Latin! or Tobacco and Boys" at the 1980 Edinburgh Festival and earning a Tony nomination for his adaptation of the 1937 musical "Me and My Girl." He has narrated several audiobooks, including many of his own books and the British versions of the "Harry Potter" series. 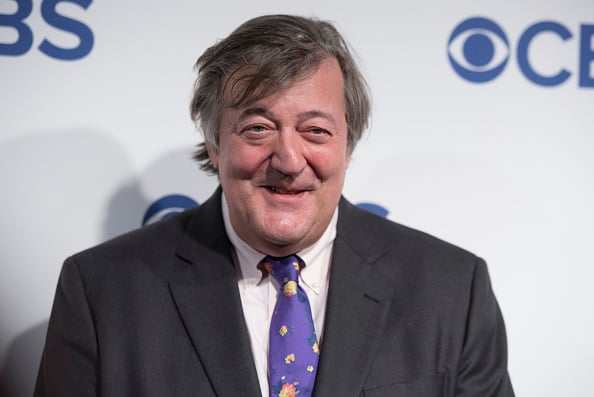 Stephen is openly gay, and on the subject of his sexuality, he joked, "I suppose it all began when I came out of the womb. I looked back up at my mother and thought to myself, 'That's the last time I'm going up one of those.'" For 15 years, Fry was in a relationship with Daniel Cohen, and after they split up in 2010, Stephen began dating comedian Elliott Spencer. Fry and Spencer married on January 17, 2015. Stephen is friends with Prince Charles and attended his 2005 wedding to Camilla Parker Bowles. Stephen's best friend is Hugh Laurie, and he was the best man at Hugh's wedding, and he is the godfather of Laurie's children.

Fry began following a vegetarian diet in 2017, and he is a cricket fan and a supporter of Norwich City FC. He has bipolar disorder and spoke about it in the Emmy-winning 2006 documentary "Stephen Fry: The Secret Life of the Manic Depressive." Stephen has attempted suicide several times, and in 1995, he had a nervous breakdown and disappeared for a few days. He later revealed that he would've committed suicide during that time if he hadn't had "the option of disappearing." Fry is the president of Mind, a charitable organization dedicated to providing "advice and support to empower anyone experiencing a mental health problem." In early 2018, Stephen announced that he had undergone surgery to treat prostate cancer, resulting in the removal of his prostate and 11 lymph nodes.

Fry has received Lifetime Achievement awards from the British Comedy Awards (2007), British LGBT Awards (2019), and the Ethnic Multicultural Media Awards (2020), and in 2010, he earned a Special Recognition Award from the National Television Awards. "Wilde" earned him a Golden Space Needle Award for Best Actor at the 1998 Seattle International Film Festival, and he won a NAVGTR Award for Performance in a Comedy, Supporting for "LittleBigPlanet" in 2009. In 2006, Stephen received a Golden Rose for Best Game Show Host for "QI" at the  Rose d'Or Light Entertainment Festival, and he has earned seven BAFTA Award nominations (six for Best Entertainment Performance for "QI" and one for Best Performer for "LittleBigPlanet 2") and a Golden Globe nomination (Best Performance by an Actor in a Motion Picture – Drama for "Wilde"). The cast of "Gosford Park" received ensemble awards from the Broadcast Film Critics Association Awards, Florida Film Critics Circle Awards, Online Film Critics Society Awards, Satellite Awards, and Screen Actors Guild Awards.

In 1995, Fry received an honorary doctorate from the University of Dundee, and the school named its Students' Association bar after his first novel, "The Liar." He has also received honorary degrees from Anglia Ruskin University and the University of Sussex. Stephen earned the AoC Gold Award in 2004 and was inducted into their Hall of Fame, and he is an honorary fellow of Queens' College, Cambridge, and Cardiff University. In 2006, the BBC held a vote to determine the nation's top living icon, with Fry coming in sixth place, and in 2007, "The Independent on Sunday" ranked him #2 on their list of Britain's most influential gay people. In celebration of Stephen's fiftieth birthday in 2007, BBC Four honored him by dedicating two nights of programming to him. In 2011, Harvard University's Humanist Chaplaincy awarded him the Outstanding Lifetime Achievement Award in Cultural Humanism, and in 2017, a species of bird louse was named Saepocephalum stephenfryii in his honor. In 2021, Greek President Katerina Sakellaropoulou appointed Fry a Commander of the Order of the Phoenix.