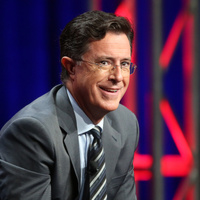 What is Stephen Colbert's Net Worth and Salary?

Stephen Colbert is an American comedian, writer, actor, author, and talk show host who has a net worth of $75 million. He is best known for being the host of the Comedy Central show "The Colbert Report" from 2005 to 2014, and the CBS talk program "The Late Show with Stephen Colbert" beginning in 2015.

In the first few seasons of The Late Show, Stephen's annual salary was $6 million. In October 2019 he signed a contract extension with CBS Corp that keeps him on the network until 2023 at the very least. With the new contract, his annual salary was boosted to $15 million.

Stephen Tyrone Colbert was born in Washington, DC, on May 13, 1964. He is the youngest of 11 children. He spent his early years in Bethesda, Maryland, but the family later moved to James Island, South Carolina. His father, James William Colbert Jr., and his two brothers, Peter and Paul, died in the Eastern Air Lines Flight 212 crash on September 11, 1974. After the crash, his mother relocated the family to Charleston, South Carolina.

Colbert attended the Episcopal Porter-Gaud School in Charleston, where he participated in several school plays. He initially wanted to study marine biology but sustained inner ear damage during surgery to repair a perforated eardrum. As a result, he became deaf in his right ear and was unable to pursue a career that required scuba diving. He eventually enrolled at Hampden-Sydney College in Virginia in 1982, where he majored in philosophy and continued to act in plays. Colbert transferred to Northwestern University in 1984 as a theater major, where he studied performance, graduating in 1986.

While at Northwestern, he began performing improvisation, both on campus as part of the No Fun Mud Piranhas team as well as at the Annoyance Theatre in Chicago. After graduation, a friend offered him a job working at Second City in Chicago answering phones and selling souvenirs, and he also signed up for the free improv classes offered to employees. He was then hired to perform with Second City's touring company, where he met Amy Sedaris and Paul Dinello.

Colbert left Second City to go with Sedaris and Dinello in New York after the two were offered a chance to create a television series for HBO Downtown Productions. Together, they worked on the sketch comedy show "Exit 57" which aired on Comedy Central from 1995 to 1996. Colbert went on to work on shows such as "The Dana Carvey Show," "Saturday Night Live," and "Good Morning America," either as a cast member or writer. He also worked as a script consultant for VH1 and MTV.

Building on his "The Daily Show" popularity, Colbert began hosting his own spin-off show "The Colbert Report" in October 2005, a role he continued until December 2014. His character as the host of "The Colbert Report" was generally considered to be an extension of the character he built up on "The Daily Show," a politically conservative right-wing pundit. "The Report" was co-created by Colbert with Jon Stewart and Ben Karlin, and won an Emmy Award and Peabody Award.

In April 2014, CBS announced that Colbert would be the successor to David Letterman as the host of "The Late Show," once Letterman retired. He debuted as the host on September 8, 2015, and his first guest was George Clooney. Building on his previous experience with "The Daily Show" and "The Colbert Report," under Colbert "The Late Show" has a more political focus than it did under Letterman. 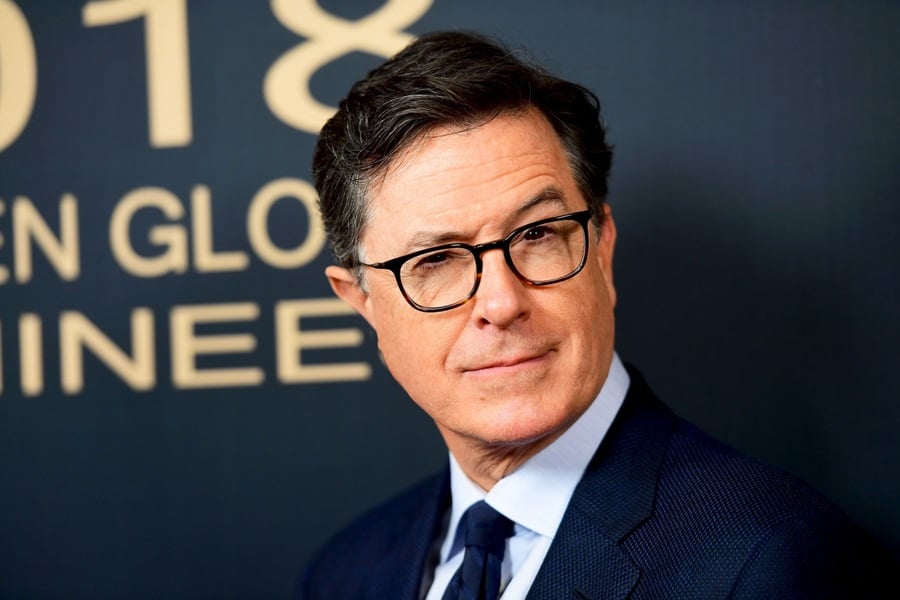 Outside of television, Colbert has been involved in many other pursuits and projects. He was the featured entertainer for the 2006 White House Correspondents' Association Dinner. He performed in character, channeling his conservative persona from "The Colbert Report" as he satirized the George W. Bush Administration and the White House Press Corps. Although his performance was generally met with silence at the event itself, the video of his performance became an internet and media sensation, and ratings for "The Colbert Report" rose by 37% in the week after the event.

Colbert is also co-author of the satirical novel "Wigfield: The Can-Do Town That Just May Not" (2003) along with long-time collaborators Sedaris and Dinello. He has also made guest appearances in shows like "Curb Your Enthusiasm," "Spin City," and "Law & Order: Criminal Intent," as well as a small supporting role in the film "Bewitched" (2005). Colbert has also voiced characters on shows like "The Venture Bros.," "Crank Yankers," "American Dad!" and "The Simpsons." Additionally, he released a Christmas comedy special on Comedy Central, "A Colbert Christmas: The Greatest Gift of All!" (November 2008),

Colbert has been married to Evelyn "Evie" McGee-Colbert since 1993. Together, they have three children, Madeleine (born 1995), Peter (born 1998), and John (born 2002). The family lives in Montclair, New Jersey. He is a self-identified Democrat and a practicing Roman Catholic. He is also an ordained minister with the Universal Life Church Monastery.