Stephanie Miller net worth and salary: Stephanie Miller is an American comedian who has a net worth of $2 million dollars. Born in Washington, D.C., Stephanie Miller grew up in Lockwood, New York, and earned a degree in Theatre from the University of Southern California. She began performing stand-up comedy at the famed "Laugh Factory" in Los Angeles after graduating from college.

After appearing in small roles in various film and television projects, she found her niche on the radio. She first began broadcasting from Rochester, New York in 1985, and by 1993, she had her own weeknight show in Los Angeles. She attempted to launch her own late night talk show on television, but it was cancelled after 13 episodes in 1995. She has since gone on to host her very popular show, "The Stephanie Miller Show" on the radio. She is also the host of "Green 960". She recently toured with a group of liberal comedians as part of "Miller's Sexy Liberal Comedy Tour". 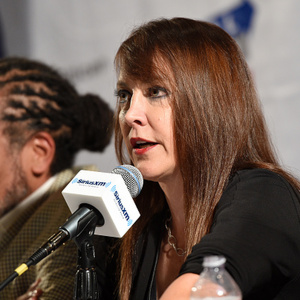