Spencer Rice net worth: Spencer Rice is a comedian, writer, director and producer who has a net worth of $1 million. He was born in 1962 in Ontario, Canada. As a child he began playing the guitar, during high school he played hockey and took classes at the improvisational comedy enterprise The Second City, leading him to study film studies at Glendon College, York University from Toronto. His post-graduation activities included working as an independent film-maker, an occasional television writer and a film critic for a Toronto newspaper.

In 1993, his short documentary entitled "Telewhore" was exhibited at The Toronto International Film Festival and was nominated for Best Canadian Short Film and the following year he Rice collaborated with his friend, Kenny Hotz, on the short film "It Don't Cost Nothin' to Say Good Morning", which was followed by "Pitch", their first feature-length film, winning the Best Film Award from the Toronto Independent Arts Festival. Along with his film-related activity, Rice performed stand-up comedy in Toronto.

In 2003, Rice and Hotz collaborated on the creation of "Kenny vs. Spenny" show, which ended in 2010 and had a resounding success in many countries, being nominated for Gemini Awards in 2004, 2005, 2006, and 2008. Rice's following project was called "Single white Spenny" and it was based on events from his life, but unfortunately it didn't manage to gain the ratings of "Kenny vs. Spenny" and it was cancelled. In 2012, Rice announced about a new documentary he has created, a show called "X Rayted" which is entirely real, unlike his previous projects. 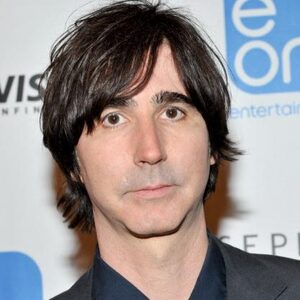