Sommore net worth: Sommore is an American actress and comedian who has a net worth of $750 thousand dollars. Sommore, also known as Lori Ann Rambough, was born in Trenton, New Jersey, and went on to graduate from Morris Brown College. She has appeared on multiple comedy specials, including "Def Comedy Jam" on HBO, "Showtime at the Apollo", "Comic View", and "BET Live in L.A.".

She was also one of the featured comedians on the "Queens of Comedy". In addition to her stand up work, she has also played guest starring or supporting roles in such television and film projects as "The Hughleys", "The Parkers", "Friday After Next", "A Miami Tail", "Soul Plane", "Something New", and "Dirty Laundry". She has also appeared in the "Blunts & Stunts" video series and in two specials of her own, "Sommore: The Queen Stands Alone" and "Sommore: Chandelier Status". She is the half sister of actress, Nia Long. 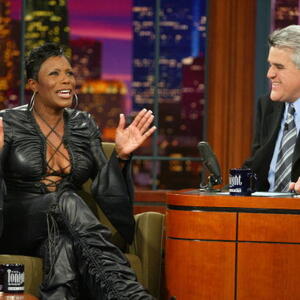