Simon Pegg net worth and salary: Simon Pegg is a British actor, writer, producer and comedian who has a net worth of $25 million. Simon Pegg rose to fame in the United Kingdom as the co-creator of the sitcom "Spaced." Afterward, he gained international recognition by co-writing and starring in three comedy films directed by Edgar Wright: "Shaun of the Dead," "Hot Fuzz," and "The World's End." Pegg has also appeared in a number of popular science-fiction franchises, including "Doctor Who," "Star Trek," and "Star Wars."

Early Life and Career Beginnings: Simon Pegg was born as Simon Beckingham in 1970, in Brockworth, Gloucestershire, England. His mother, Gillian, was a former civil servant, while his father, John, was a keyboard salesman and jazz musician. When he was seven, his parents divorced, and he ended up taking the surname of his mother's new husband. In his youth, Pegg went to Castle Hill Primary School, Brockworth Comprehensive Secondary School, and The King's School in Gloucester. At 16, he moved to Stratford-upon-Avon, Warwickshire, where he studied theatre and English literature at Stratford-upon-Avon College. Later, he attended the University of Bristol, graduating in 1991 with a BA in theatre, film, and television. While in university, he was a member of a comedy troupe known as "David Icke" and the Orphans of Jesus.

In the mid-to-late 90s, Pegg appeared on British television shows such as "Six Pairs of Pants," "Faith in the Future," "Asylum," "I'm Alan Partridge," and "We Know Where You Live." For many of these programs, he also wrote episodes. From 1998 to 2004, he was a regular contributor to BBC Radio 4's "The 99p Challenge," a spoof panel game show. Toward the end of the 90s, he was also on shows including "Is it Bill Bailey?," "Big Train," and "Hippies."

Breakthrough with "Spaced": Pegg's breakthrough came in 1999, when, alongside Jessica Stevenson, he created and co-wrote the Channel 4 sitcom "Spaced." The series, directed by Stevenson and Pegg's former collaborator Edgar Wright, followed the misadventures of two 20-something Londoners who move in together immediately after meeting. Pegg received a British Comedy Award as Best Male Comedy Newcomer for his performance, and the show itself was nominated for a BAFTA TV Award for Best Situation Comedy.

Further Television Career: After "Spaced," Pegg continued to takes roles in television productions, including parts in "Brass Eye," "Dr. Terrible's House of Horrible," and the American World War II miniseries "Band of Brothers." Subsequent television credits have included the British sitcom "Black Books"; the adult animated series "I Am Not an Animal"; the science-fiction series "Doctor Who"; the animated children's show "Phineas and Ferb"; the crime drama "Mob City"; and Amazon's superhero streaming series "The Boys." In 2019, Pegg was also in Netflix's "The Dark Crystal: Age of Resistance," and in 2020 co-created, co-wrote, and starred in the British comedy horror streaming series "Truth Seekers." 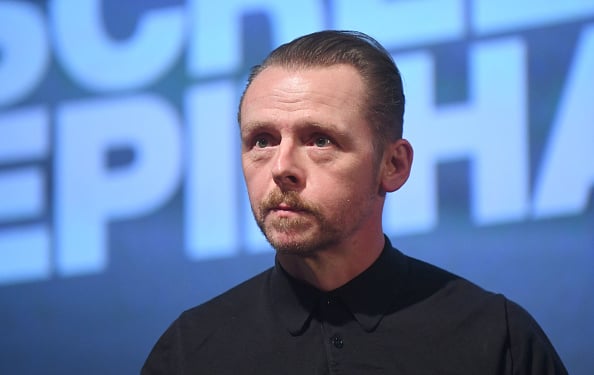 "Three Flavours Cornetto" Trilogy: Inspired by a fantasy zombie sequence they had previously shot for "Spaced," Pegg and Edgar Wright decided to make what they called a "romantic zombie comedy." This resulted in 2004's "Shaun of the Dead," about a hapless electronics salesman who is caught unawares during a zombie apocalypse. The film was a smash, garnering critical praise and grossing $30 million on a budget of around $6 million. Due to this success, Pegg and Wright subsequently made the 2007 police comedy spoof "Hot Fuzz" and the 2013 science-fiction comedy "The World's End," completing a series of films they called the "Three Flavours Cornetto" trilogy. Together, the trilogy grossed over $156 million globally.

Further Film Career: After "Shaun of the Dead," Pegg was invited by zombie maestro George A. Romero to make a cameo appearance in the director's zombie film "Land of the Dead." After this, Pegg appeared in films including "Mission: Impossible III," "Big Nothing," "Grindhouse," and "The Good Night," and did another cameo in Romero's zombie sequel "Diary of the Dead." Pegg also co-wrote and starred in the comedy "Run Fatboy Run," directed by David Schwimmer. In 2008, Pegg starred in "How to Lose Friends and Alienate People," based on the memoir of the same name. The next year, Pegg made his debut appearance as Montgomery "Scotty" Scott in J.J. Abrams' "Star Trek," the 11th entry in the "Star Trek" film series. He reprised this role in "Star Trek Into Darkness" and "Star Trek Beyond," the latter of which he also co-wrote.

Pegg had a wide range of other film credits throughout the 2010s. In 2011, with Nick Frost, he co-wrote and starred in the science-fiction comedy "Paul." He also reprised his role as Benji Dunn in "Mission: Impossible – Ghost Protocol," and again in "Mission: Impossible – Rogue Nation" and "Mission: Impossible – Fallout." Among his other credits are the romcom "Man Up"; the science-fiction fantasy "Absolutely Anything"; J.J. Abrams' "Star Wars: The Force Awakens"; Steven Spielberg's "Ready Player One"; the comedy horror film "Slaughterhouse Rulez," which he also executive produced; and the drama "Lost Transmissions."

Personal Life: In 2005, Pegg married his longtime girlfriend Maureen McCann, who is a music industry publicist. They have one child, Matilda, and live in Essendon, Hertfordshire, England. Additionally, along with musician Jonny Buckland, Pegg is the godfather of Gwyneth Paltrow and Chris Martin's daughter Apple. He is also the godfather to Joe, the son of friend and fellow actor Martin Freeman.

Pegg has been candid about his struggles with alcoholism and depression, and has related how his stay in rehab has helped him in his recovery. He has attended Alcoholics Anonymous meetings, and has managed to maintain sobriety in the time since. 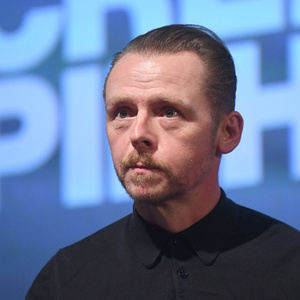