Sid Caesar net worth: Sid Caesar was an American comedian and actor who had a net worth of $10 million. Sid Caesar was born Isaac Sidney Caesar on September 8, 1922 in Yonkers, New York. Sid Caesar was probably most famous for hosting two pioneering televisions programs, "Your Show of Shows" and "Caesar's Hour".

Your Show of Shows aired 139 episodes between 1950 and 1954 and Sid earned $4000 per week ($38,000 per week after inflation). Caesar's Hour ran three seasons from 1954 – 1957. During his career he was nominated for 11 Emmys. He was nominated at least once every year from 1951 to 1958. His first of two total Emmy wins came in 1952, for Best Actor. Sid received a star on the Hollywood Walk of Fame in 1960 and was nominated fort a Tony Award in 1963 for Best Leading Actor in a Musical from the play "Little Me". Some of today's most famous comedy writers and directors came up under Sid's wings including Woody Allen, Mel Brooks, Carl Reiner and Neil Simon. Younger audiences might remember Sid as the down-on-his-luck gambler who suddenly dies at the end of the movie Vegas Vacation ("I won da money!"). Sid Caesar died at the age of 91 on February 12, 2014 at his long-time home in Beverly Hills, California. 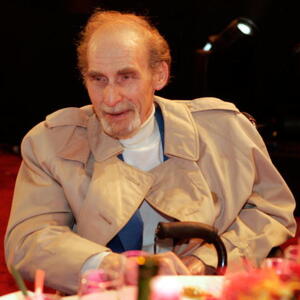