Sherrod Small net worth: Sherrod Small is an American stand-up comedian, actor, and television personality who has a net worth of $400 thousand. Sherrod Small was born in Brooklyn, New York City, New York in August 1973. He is the cousin of Chris Rock and Tony Rock. Small started off working as a doorman and bouncer at the Comedy Cellar and he then became a regular performer there.

He frequently appeared on the TV series VH1's Best Week Ever as well as the Fox News TV series Red Eye w/ Greg Gutfeld. As an actor he starred in the series FilmFakers in 2004. Small had a recurring role as Malcolm on the television series Are We There Yet? from 2010 to 2011. He has appeared in the films Turbocharge: The Unauthorized Story of The Cars and Top Five. In 2016 Small won an NYC Web Fest Award for Special Guest Star for LI Divas. 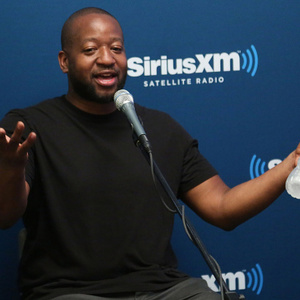