Shaun Majumder Net Worth: Shaun Majumder is a Canadian comedian and actor who has a net worth of $400 thousand dollars. Born January 29, 1972 in Burlington, Canada, he launched his career in television as an announcer for the YTV game show Clips, and later hosted YTV's morning kid's show titled Brain Wash, where he became a household name as Ed Brainbin.

In 2003, he went on to join comedy show This Hour Has 22 Minutes and hosted fifteen episodes of Just for Laughs, where remains a favorite of the Montreal Show. He also became a star of Cedric the Entertainer Presents and appeared on the documentary about aspiring Canadian comics, The Next Big Thing. Additionally, Majumder has appeared in such feature films as Harold and Kumar go to White Castle, The Ladies Man, Pushing Tin and Purpose. He had a short acting stint on FOX's 24 then went on to portray Dr. Freddy Sahgal on another FOX series, Unhitched, which was canceled in 2008. He was chosen as a guest star on the Canadian TV series Republic of Doyle, where he played the role of Bennie Natchie. In 2010, Shaun Majumder joined the ABC cop drama Detroit 1-8-7, where he was cast as the character Det. Aman Mahajan, joined by fellow actors Michael Imperioli, Jon Michael Hill, James McDaniel, Aisha Hinds, Natalie Martinez, D.J. Cotrona and Erin Cummings. In the summer of 2011 Majumder was cast in the television series The Firm (based on the John Grisham novel of the same name) in the recurring role of Andrew Palmer, the lawyer at the firm who befriends Josh Lucas' character Mitch McDeere. Majumder resides in Los Angeles, California. 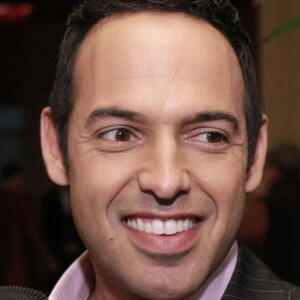