What is Sebastian Maniscalco's Net Worth?

Sebastian Maniscalco is a stand-up comedian and actor from the United States. Sebastian Maniscalco has a net worth of $35 million. He launched his career in 1998 by performing at open mics, and has since gone on to release a number of comedy specials. Additionally, Maniscalco has had supporting roles in films, including notable parts in the award-winning "Green Book" and "The Irishman."

Sebastian Maniscalco was born in 1973 in Arlington Heights, Illinois, a suburb of Chicago. Both of his parents were immigrants from Italy, with family origins tracing back to Sicily, Naples, and Campania. His mother, Rose, worked as a secretary, while his father, Salvatore, was a hairstylist. Raised Roman Catholic, Maniscalco was an altar boy at St. Cecilia Catholic Church in Mount Prospect, Illinois. As a young adult, he went to Northern Illinois University in DeKalb, graduating in 1995 with a degree in communication studies. Upon moving to Los Angeles, California in 1998, Maniscalco performed at many open mics in bars and bowling alleys. During this time, he also worked as a waiter at the Four Seasons Hotel in Beverly Hills.

Maniscalco began to achieve greater recognition in 2005, when he started to perform regularly at The Comedy Store in West Hollywood. Since then, he has done numerous specials for television, including both half-hour and hour-long specials. His first, entitled "Sebastian Live," was released in 2009. This was followed by three specials on the Showtime channel: 2012's "What's Wrong with People?," 2014's "Aren't You Embarrassed?," and 2016's "Why Would You Do That?" Another special, "Stay Hungry," came out in 2019 on Netflix.

As a comedian and guest, Maniscalco has appeared on several television talk shows over the years, including "The Late Late Show with Craig Ferguson," "The Jay Leno Show," "The Tonight Show Starring Jimmy Fallon," "Conan," and "The Late Show with Stephen Colbert." Additionally, he was on the seventh season of Jerry Seinfeld's streaming series "Comedians in Cars Getting Coffee." In 2021, Maniscalco began hosting the Discovery+ reality television series "Well Done with Sebastian Maniscalco," which features his family and friends as they explore food culture.

In other media, Maniscalco co-hosts a podcast with fellow comedian Pete Correale, called "The Pete and Sebastian Show." The duo also has a show on Sirius XM satellite radio's Raw Dog Comedy channel 99. 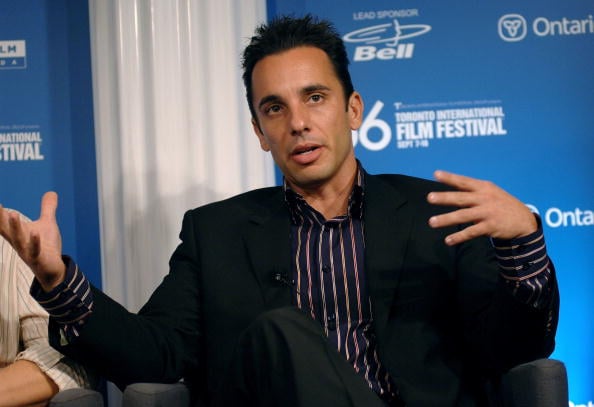 Maniscalco has also appeared in a number of fiction narrative films. In 2017, he had a small part in the Will Ferrell and Amy Poehler comedy "The House," and lent his voice to the kids' animated sequel "The Nut Job 2: Nutty by Nature." The next year, Maniscalco appeared in the comedies "Cruise" and "Tag," the latter starring Ed Helms, Jake Johnson, Jeremy Renner, Hannibal Buress, and Jon Hamm, among others. The same year, Maniscalco had a substantial supporting role in Peter Farrelly's "Green Book," portraying Johnny Venere opposite stars Viggo Mortensen and Mahershala Ali. "Green Book" went on to win the Academy Award for Best Picture. After this, Maniscalco played real-life Italian-American mobster "Crazy" Joe Gallo in Martin Scorsese's 2019 crime epic "The Irishman," starring Robert De Niro, Al Pacino, and Joe Pesci. Later, in 2021, it was announced that Maniscalco would be part of the cast of the 2022 Mario film, based on the Nintendo video game series.

In August of 2013, Maniscalco married his wife, artist and designer Lana Gomez. Together, they have two children: daughter Serafina and son Caruso. In 2014, the couple bought a 4,096-square-foot home in Los Angeles' Beverly Grove neighborhood, which they spent two years designing with interior designer Kelly Wearstler. The gated home in the heart of West Hollywood featured a huge master bedroom, vaulted ceilings, a private balcony, a luxe master bath, and a kitchen with a plus-size island. French doors led from the kitchen to the outdoor living area, which boasted a built-in barbecue and a pool and spa. Maniscalco and Gomez put the property on the market in 2019 for $4.5 million, and re-listed it for $4 million the next year.

In 2019, Maniscalco purchased a guard-gated Studio City mansion from pop singer Gwen Stefani for around $21 million. Comprising over 15,000 square feet, the estate features seven beds and ten baths, as well as a tennis court, a huge soccer field-size lawn, an infinity-edge swimming pool, a theater room, and a separate guesthouse and gym. There's also a covered lounge with a patio, fireplace, and wet bar. Previously, the home had been owned by another pop superstar, Jennifer Lopez. 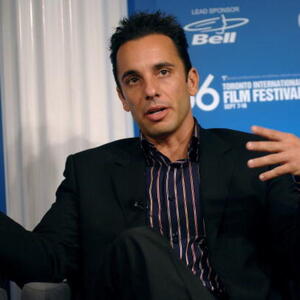