What is Scott Aukerman's Net Worth?

Scott Aukerman is an American writer, producer, actor, comedian, director and podcast host. Scott Aukerman has a net worth of $5 million. After starting off as a writer and performer for the sketch series "Mr. Show," Aukerman later went on to become the host of the weekly comedy podcast "Comedy Bang!" This is perhaps his best-known achievement, as the podcast has become quite popular over the years. He is also known for creating a show that is also called "Comedy Bang!" and this show has become equally popular. In addition, Scott has been quite active behind the scenes, co-creating shows like "Between Two Ferns with Zach Galifianakis and co-founding the Earwolf podcast network.

Scott Aukerman was born on July 2nd of 1970 in Savannah, Georgia. Raised in Orange County, California, he attended a special school for the arts as a high schooler. He also studied acting and musical theater, and he began writing his own plays at an early age. Scott grew up in a Baptist household and attended church three times per week until he graduated from high school. During these teen years, Aukerman also started a short-lived band along with the future drummer of No Doubt, Adrian Young.

After graduating from high school, Scott attended Orange Coast College in Costa Mesa, where he met B.J. Porter. The pair became writing together and working alongside one another for a radio show called "Lutz Radio." He then studied at the Pacific Conservatory of the Performing Arts before embarking on his entertainment career in earnest.

Scott began by touring the country as a musical theatre actor during the 90s. He then started performing as a comedian at The Comedy Store in Los Angeles. This allowed him to catch the eye of Bob Odenkirk, the creator of "Mr. Show." Odenkirk brought Aukerman on board for his sketch series, and Scott became a regular writer and performer. In 1999, Aukerman was nominated for an Emmy along with the other cast members of "Mr. Show."

When "Mr. Show" was canceled, Aukerman focused more on writing film and television scripts. He then helped write scripts for films like "Run Ronnie Run!," "Tenacious D in The Pick of Destiny," and "Shark Tale." However, many of the scripts he wrote remain unproduced. During this period, Aukerman worked alongside B.J. Porter extensively, and this continued into the 2000s. During this decade, the pair worked in a number of stand-up comedy projects in Los Angeles, including "Comedy Death-Ray."

Aukerman and Porter then created "Between Two Ferns with Zach Galifianakis," which has proven to be quite popular. This sketch show has since been put on the website Funny or Die. Along with sketches, this show also featured interviews with celebrities like Jon Hamm, Natalie Portman, Bradley Cooper, Charlize Theron, Ben Stiller, Steve Carell, Sean Penn, Bruce Willis, Jennifer Aniston, and many others. 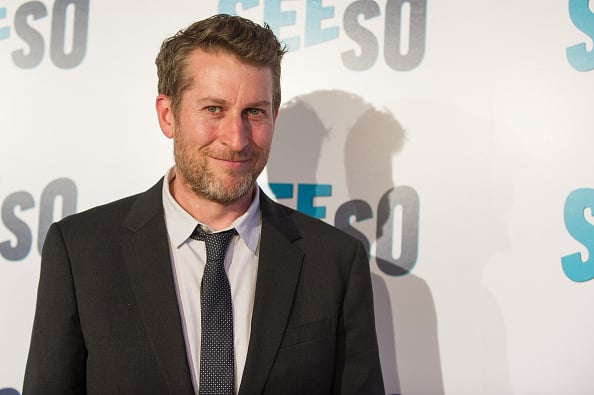 Even Barack Obama appeared on the show, and the former president used the opportunity to promote the Affordable Care Act. This particular episode was so successful that Scott won an Emmy Award in 2014 for Outstanding Short-Format Live-Action Entertainment Program (Aukerman directed the episode). Every single episode of the show has received millions of views. Scott later won an additional Primetime Emmy Award for Outstanding Short-Format Live-Action Entertainment Program in 2015. This time, the award was in recognition of an episode featuring Brad Pitt.

In 2011, Porter and Aukerman parted ways. Scott then renamed "Comedy Death-Ray" "Comedy Bang! Bang!" This show lasted for one more year before ending in 2012. However, Scott had previously started his own podcast called "Comedy Death-Ray Radio" in 2009. It was then renamed "Comedy Bang! Bang!" and eventually become more popular than the show upon which it was based, continuing well into the 2020s.

Scott's involvement with the podcasting world led him to create his own podcast network called the Earwolf network. Since its founding, this network has produced and released a number of podcasts. In addition, Earwolf has partnered with Funny or Die on numerous occasions. A sister network called Wolfpop was then created, and this second network was led by comedian Paul Scheer. However, in 2016 both networks were essentially combined into one conglomerate.

Another notable achievement in the podcasting world was Aukerman's longstanding partnership with Adam Scott. Aukerman and Scott are best known for creating the podcast series "U Talkin' U2 to Me?" The podcast is, at face value, based on the discussion of the band U2. However, many episodes are only vaguely related to the band, and they feature a number of gags and jokes. Eventually, Scott and Aukerman were able to interview many members of U2. Aukerman and Scott then released spin-off podcasts that focused on bands like R.E.M and the Red Hot Chili Peppers.

Scott married his longtime girlfriend Kulap Vilaysack, who is a Laotian comedian, actress, and showrunner.

In 2019, it was reported that Scott and Kulap were listing their home in Hollywood Hills for about $2.05 million. Unfortunately for the couple, this price reflects a rather minimal profit margin of $380,000, as they originally purchased it for $1.7 million only five years prior. Judging by recent patterns in the real estate market, it seems unlikely that they will manage to break even as the listed price is haggled down even further.

Originally built in 2005, the residence spans 3,369 square feet and features glass walls. There are also hardwood floors and scenic views of the surrounding canyon and city. Additional features include a skylighted staircase, three bedrooms, and a floor-to-ceiling tile fireplace. 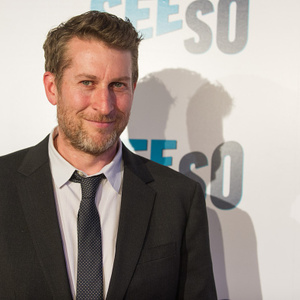