What is Sarah Silverman's Net Worth?

Sarah Silverman is an American comedian, writer, and actress who has a net worth of $8 million. Silverman is one of the most famous female comedians today, and she is known for addressing controversial topics in her standup routines. She is not afraid to share her political views, and she often generates significant buzz when she does. Sarah Silverman has won many awards over the course of her career, including two Primetime Emmy Awards.

Sarah Kate Silverman was born on December 1st of 1970 in New Hampshire. She was raised in a Jewish family alongside 4 siblings. Her mother founded a theater company, and her father ran a clothing store. During her time in high school, she performed standup comedy for the first time at the age of 17, although she later stated this performance did not go well. After graduating from high school in 1989, she attended New York University for one year.

Although Silverman initially experienced success when she joined Saturday Night Live as a writer and an actor, she was fired after 18 weeks. Of the skits she wrote, only one was ever performed, and she only had small roles on the show as an actor. She later appeared on The Larry Sanders Show in 1996, parodying her own failure on Saturday Night Live in one episode. She went on to feature in three more episodes of the show before it finished. She later stated that her rejection from Saturday Night Live made her tougher and more able to deal with failure in the future.

In the mid-90s, Sarah Silverman appeared in the sketch comedy show, Mr. Show. She also booked a leading role in the 1997 independent film Who's the Caboose? She finished 1997 with an appearance on The Late Show With David Letterman. During this period, Silverman also appeared on shows like Star Trek: Voyager, Seinfeld, VIP, Greg the Bunny, and Crank Yankers. She also continued to accumulate film credits with minor roles in movies such as There's Something About Mary, School of Rock, and School of Rock. These roles helped to define Silverman as an actress who can handle both dramatic and comedic roles. 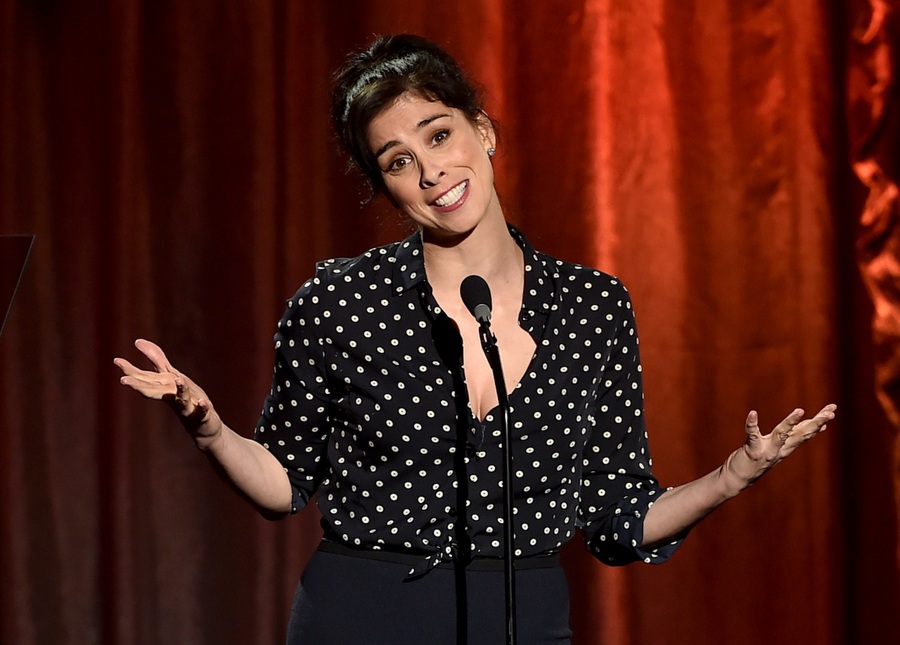 In 2005, Silverman released, Sarah Silverman: Jesus is Magic, a film created from clips of her various standup shows over the years. The film generated $1.3 million at the box office and helped boost Sarah Silverman's star power. Sarah Silverman subsequently ranked 50th and 26th on Maxim's Hot 100 list in 2006 and 2007, respectively.

In 2007, Silverman took another important step when she launched The Sarah Silverman Program. The show presented a fictionalized version of Silverman's life, and she was nominated for a Primetime Emmy for her performances. Comedy Central later canceled the show in 2010. Over the next few years, Silverman caused considerable buzz after hosting the MTV Movie Awards and the MTV Music Video Awards. She later made equally memorable appearances on Jimmy Kimmel Live!

Silverman began the 2010s with the release of a memoir entitled The Bedwetter: Stories of Courage, Redemption, and Pee. She then appeared in the independent film Take This Waltz in 2011. Sarah Silverman returned to mainstream Hollywood once again with a major voice acting role in 2012's Wreck-It Ralph. She played Vanellope von Schweetz, a main character. She then appeared in Seth MacFarlane's A Million Ways to Die in the West in 2014. Then in 2017, she started hosting Hulu's I Love You, America With Sarah Silverman. The show ended in 2018.

Sarah Silverman has spoken about her battle with depression, and she admits she once became addicted to drugs in order to deal with this issue. In the past, Silverman has dated David Attell, Jimmy Kimmel, and Micheal Sheen. She has been accused of racism on more than one occasion, including an incident that involved her wearing blackface on The Sarah Silverman Show.