Sarah Colonna net worth: Sarah Colonna is an American actress, stand-up comedian, and comedy writer who has a net worth of $2 million. Sarah Colonna was born in Wiesbaden, Germany in December 1974. Sarah grew up in Farmington, Arkansas and attended the University of Arkansas before moving to Los Angeles, California to pursue her career.

Colonna often appeared on the television series Scare Tactics from 2003 to 2008. She is also known for being a frequent guest on the TV series Chelsea Lately. She has starred in the films Tahiti, Going Shopping, Paradise, Back in the Day, and Buttwhistle. She has also often appeared on the TV series After Lately from 2011 to 2013 and also produced the show from 2011 to 2012. Colonna has also been a writer for Chelsea Lately and After Lately. She was a semifinalist on NBC's Last Comic Standing and authored the book Life As I Blow It: Tales of Love, Life & Sex… Not Necessarily in That Order in 2012. Her new book Has Anyone Seen My Pants? will be released in March 2015. 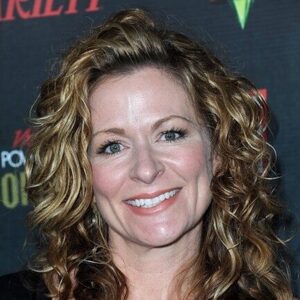