How much is Sandra Bernhard Worth?

Sandra Bernhard net worth and salary: Sandra Bernhard is an American actress and comedian who has a net worth of $10 million. Sandra Bernhard was born in June of 1955 and came into the spotlight in the 1970s for her stand up comedy routines. At the time she was one of the only women performing such harsh – yet pointed – jokes about American celebrity culture, as well as political figures. To date, she is listed as number 97 on Comedy Central's list of 100-funniest stand up comedians of all time. In interviews, Bernhard has listed her childhood as the inspiration for her comedy. Hailing from Michigan, she moved with her family to Arizona at the age of 10. After graduating high school, she moved to Los Angeles at the age of 19 and worked as a manicurist in order to pay the bills. Bernhard is Jewish. She then began doing acts at the Comedy Store and was cast on the Richard Pryor Show in the late 70s. She was also a regular guest on the David Letterman Show, and earned a recurring role in the long-running sitcom, Roseanne. Throughout her career, Bernhard has been involved with many public controversies, including one that stemmed from offensive comments she made about Sarah Palin in her one-woman show. Bernhard has one daughter, Cicely, who was born in July of 1998. She is openly bisexual and is known for her avid support in the gay rights community. 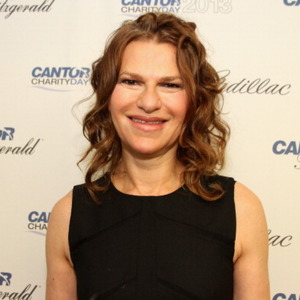