Sandi Toksvig net worth: Sandi Toksvig is a British-Danish writer, actor, comedian, producer, presenter, and political activist who has a net worth of $8 million. Sandi Toksvig was born in Copenhager, Denmark in May 1958. She hosted the BBC Radio 4 program The News Quiz from 2006 to 2015. From 2012 to 2013 she was a presenter on the Channel 4 television series 1001 Things You Should Know and also hosted the game show Fifteen to One.

Sandi Toksvig took over for Stephen Fry as host of the BBC quiz show QI in 2016. She co-founded the Women's Equality Party and became Chancellor of the University of Portsmouth in 2012. Toksvig is the current president of the Women of the Year Lunch. She has authored several books for children and adults and has also won many awards. Toksvig has also written for the TV series No 73, Motormouth, and The Big One. 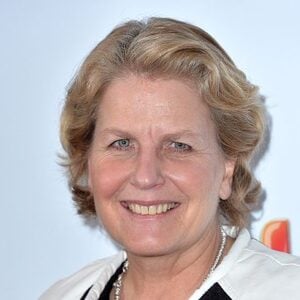