Sam Seder net worth: Sam Seder is an American comedian, writer, actor, director, producer, and talk show host who has a net worth of $200 thousand. Sam Seder was born in New York City, New York in November 1966. As an actor he starred as Tom Delaney on the television series The Show in 1996.

Seder has provided voice roles for the TV series Home Moves from 2002 to 2004, Lucy: The Daughter of the Devil from 2005 to 2007, and Bob's Burgers from 2011 to 2018. Sam Seder starred in, directed, co-wrote, and co-produced the 1997 movie Who's the Caboose?. He has also appeared in, done voice work for, written, directed, and/or produced for several movies and TV series including All American Girl, The Big Fall, Spin City, Next Stop Wonderland, Sex and the City, Happy Accidents, Saddle Rash, I'm with Busey, Pilot Season, America Undercover, and more. He also hosts the podcast The Majority Report with Sam Seder. 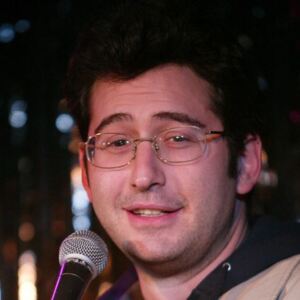