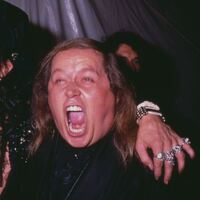 What was Sam Kinison's net worth?

Sam Kinison was born Samuel Burl Kinison on December 8, 1953, in Yakima, Washington. He was the son of Samuel and Marie Kinison, and he had three brothers, Richard, Bill, and Kevin. Sam's father was a Pentecostal preacher. When Kinison was 3 months old, his family relocated to East Peoria, Illinois, and he suffered brain damage after he was hit by a truck at the age of 3. Kinison's father served as a pastor at different churches around the U.S. for little pay. When Sam was 11, his parents divorced, and he was angry that Bill went to live with their father. Bill told "GQ" in 2012, "To him, we abandoned him. Even though I lived, you know, five miles away and basi­cally saw him every day, and eventually moved back after a couple of years. So Sam got kinda angry." Kinison attended East Peoria Community High School, and he studied at the Pinecrest Bible Training Center in New York in the late '60s. After his mother remarried and moved to Tulsa, Oklahoma, Sam decided to move there too. From the ages of 17 to 24, Kinison was a preacher using a "fire and brimstone" approach in his sermons, but according to Bill, "Ironically he had no stage presence. He never had one year that he made more than $5,000 being a minister." After Sam got divorced in 1980, he gave up preaching and turned to comedy. He stated, "I got divorced, which was not a good thing for a revivalist minister. It did not go down well." Kinison added, "I'd already been banned from a couple churches for my jokes. So one day I woke up and decided it was time to start living for myself." 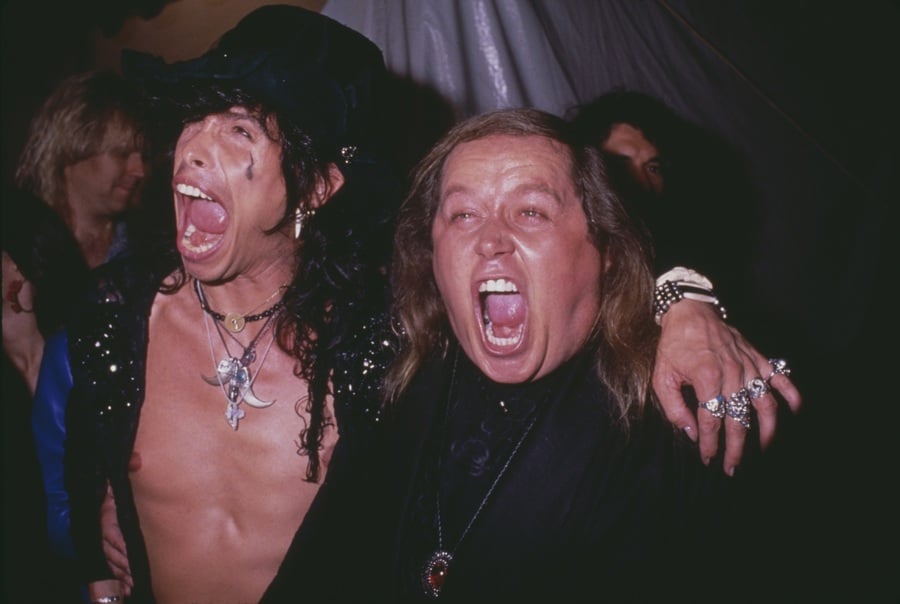 Sam began his comedy career performing at small clubs in Houston, Texas. He was a member of the Texas Outlaw Comics at the Comedy Workshop, which included Bill Hicks, Steve Epstein, Jimmy Pineapple, and Ron Shock. Hicks credited Kinison with influencing his comedic style, stating, "He was the first guy I ever saw to go on stage and not in any way ask the audience to like him." Sam moved to Los Angeles in 1980 and took a job as a doorman at The Comedy Store before he was allowed to perform there. Sam's brother Bill later joined him in L.A. and began managing his career. In 1985, Kinison got his big break when he appeared on "Rodney Dangerfield's Ninth Annual Young Comedians Special," which aired on HBO. He later appeared in Dangerfield's 1986 film "Back to School." From 1985 to 1986, Sam appeared on "Saturday Night Live" several times, and he made his "Late Night with David Letterman" debut in 1985. Letterman's first introduction of Kinison went like this: "Brace yourselves. I'm not kidding. Please welcome Sam Kinison." Sam released his first comedy album, "Louder Than Hell," in 1986, and it was followed by the 1987 special "Breaking the Rules." In 1988, he released a music video of a cover of the Troggs hit "Wild Thing," and it earned him his first Grammy nomination. Kinison's final album, the Grammy-winning "Live from Hell," was released a year after his death. In 1999, the documentary "Sam Kinison: Why Did We Laugh?" was released, and it won awards at the Columbus International Film & Video Festival and New York International Independent Film & Video Festival. In 1994, Bill Kinison published the book "Brother Sam: The Short Spectacular Life of Sam Kinison," which is described as "the first full-scale, no-holds-barred portrait of the outrageous rock & roll comic."

Kinison struggled with drug and alcohol abuse during his life, and after a "drunken rampage" at The Comedy Store, owner Mitzi Shore refused to let him back into the club unless he went to rehab. She stated, "He's killing himself with booze and drugs, and everybody's watching." Sam married Patricia Adkins on November 28, 1975, and after they divorced in 1980, he wed Terry Marze on May 28, 1981. During the end of that marriage, he began an affair with dancer Malika Souiri, and he and Marze divorced in 1989. In 1990, Souiri accused Kinison's bodyguard of rape, stating that he had assaulted her while Sam was sleeping. The bodyguard, who Kinison had hired one night earlier, claimed that the sex was consensual, and when the case went to trial, the jury was deadlocked. The charges were eventually dropped because Souiri did not want to take the stand again; as Kinison said, "We don't want to go through this twice." Sam and Malika married on April 4, 1992, and they honeymooned in Hawaii. Sadly, their marriage would come to a tragic end just six days later. In 2011, it was reported that Sam had fathered a daughter with his best friend's then-wife in the '80s. The friend was Kinison's opening act Carl LaBove, who had been paying child support for close to 13 years. Carl filed legal papers claiming that he was not the biological father of his daughter after DNA tests taken from Bill Kinison showed a 99.8% likelihood that Sam was the father.

On April 10, 1992, Sam's car was struck head-on while he was driving on Needles Highway (California) with Malika. The driver of the other vehicle was 17-year-old Troy Pierson, who had been drinking before the accident. Kinison was pronounced dead at the scene at the age of 38, and Malika was injured, but she recovered after being treated at a hospital in Needles. Bill Kinison and Carl LaBove were following close behind, and they said that Sam was conscious immediately after the accident and that he began looking into the distance, saying, "I don't want to die. I don't want to die." He then paused and asked, "But why?," followed by, "Okay, okay…. okay" before dying. LaBove stated, "It was as if he was having a conversation, talking to some unseen somebody else, but some unseen person." Sam's autopsy revealed that he had suffered numerous injuries in the crash, including a torn aorta, a dislocation in his spine, and torn blood vessels in his abdomen. Pierson was charged with vehicular manslaughter with gross negligence, and after pleading guilty, he received no jail time and was instead sentenced to just a year of probation. His driver's license was suspended for two years, and he was ordered to complete 300 hours of community service. Kinison was laid to rest at Tulsa's Memorial Park Cemetery in a family plot, and his gravestone reads, "In another time and place he would have been called prophet."

Kinison was nominated for two Grammys, one posthumously. In 1990, "Wild Thing" earned a Best Comedy Recording nomination, and in 1995, "Live From Hell" won the Grammy for Best Spoken Comedy Album.