Sal Iacono net worth: Sal Iacono is an American comedian, writer, and television personality who has a net worth of $3 million. Sal Iacono was born in Brooklyn, New York in July 1971. He is better known as Cousin Sal on his cousin's late night television series Jimmy Kimmel Live!. Iacono was a writer for the TV series The Man Show from 1999 to 2003.

He was also a writer for the series Crank Yankers from 2002 to 2004 and for the TV series Set for Life in 2007, Jimmy Kimmel Live! since 2003, and Cousin Sal's Sure Thing in 2016. Sal also wrote for the awards shows Jimmy Kimmel hosted including the Primetime Emmy Awards in 2012 and 2016 and the Academy Awards in 2017. Iacono also executive produced the series Cousin Sal's Sure Thing in 2016. He also appeared on the TV series Win Ben Stein's Money in 2002 and was the announcer. Iacono has won a Primetime Emmy Award and two Writers Guild of America Awards for Jimmy Kimmel Live!. 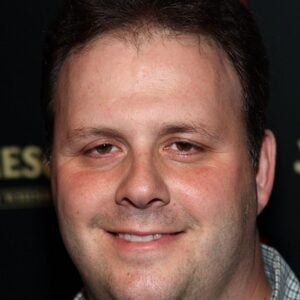