What is Sacha Baron Cohen's Net Worth and Salary?

Sacha Baron Cohen is an English actor, writer, and comedian who has a net worth of $160 million. Sacha Baron Cohen is most widely known for portraying the humorous fictional characters Ali G, Brüno Gehard, and Borat Sagdiyev. During his career, he has received dozens of awards for his comedy work including several MTV Movie awards and a Golden Globe. Sacha has been nominated for several Emmys as well as an Oscar for Best Adapted Screenplay. In 2018, "The Times" included Baron Cohen on their list of the 30 best living comedians.

Sacha Baron Cohen was born Sacha Noam Baron Cohen on November 13, 1971, in London, England. His mother, Daniella, was a photographer, and his father, Gerald, owned a clothing store. Daniella was born in Israel, and Gerald (who passed away in 2016) was born in London. Sacha grew up in a Jewish household with older brothers Erran and Amnon, and he attended The Haberdashers' Aske's Boys' School and studied history at Christ's College, Cambridge, graduating with upper-second-class honours in 1993. He began acting while he was a student at Cambridge University, appearing in stage productions of "Fiddler on the Roof" and "Cyrano de Bergerac" with the Cambridge University Amateur Dramatic Club; he also performed in plays at the Habonim Dror Jewish theatre. After leaving Cambridge, Baron Cohen worked as a fashion model until he was offered a job hosting a weekly show with future BBC weathercaster Carol Kirkwood. He then moved on to Channel 4's "Pump TV" (1995 to 1996) and Granada Talk TV's "F2F" (1996). Sacha also trained to become a clown at the École Philippe Gaulier in Paris.

Baron Cohen has appeared in several movies, including "Talladega Nights: The Ballad of Ricky Bobby" (2006), "Sweeney Todd: The Demon Barber of Fleet Street" (2007), "The Dictator" (2012), and "Les Misérables" (2012). He voiced King Julien XIII in the "Madagascar" franchise and had a cameo in "Anchorman 2: The Legend Continues," reuniting with "Talladega Nights" co-star Will Ferrell. Sacha played the lead in 2019 Netflix series "The Spy," and he has appeared on "Curb Your Enthusiasm" (2005) and "Eastbound and Down" (2013). In 2010, it was announced that he would play Freddie Mercury in "Bohemian Rhapsody," but Sacha and Queen's surviving members couldn't agree on what type of movie it should be, so he left the project in 2013. His replacement, Rami Malek, won an Oscar for the role in 2019. 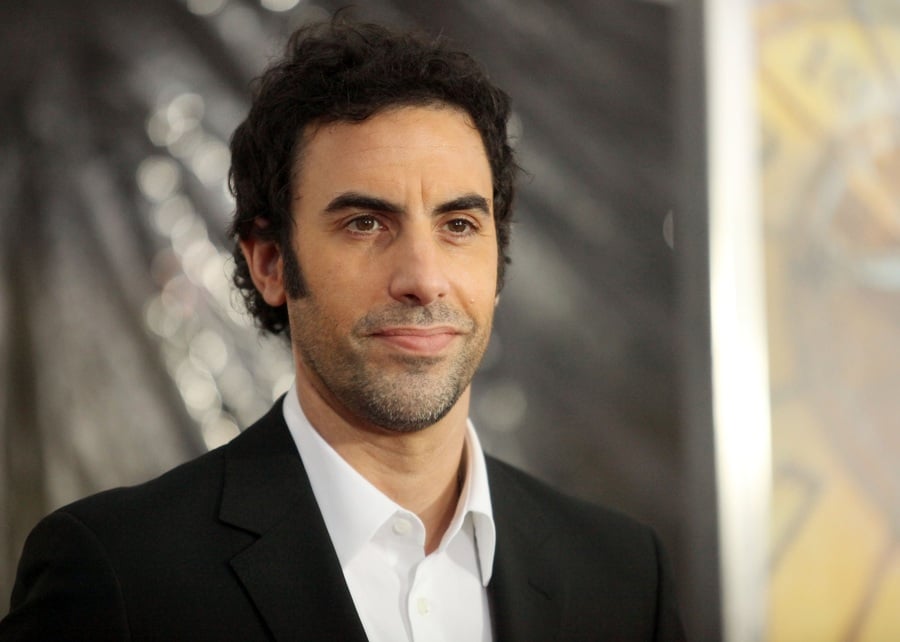 In 2006, Baron Cohen was sued by 2 University of South Carolina students who appeared in "Borat." The men, who made offensive racist remarks in the film, claimed that they were drunk when they signed the release forms and that they were told that "Borat" wouldn't be shown in the U.S. Sacha was also sued by an etiquette tutor who appeared in the film, but both lawsuits ended up being dismissed. In 2009, he was sued by a charity worker who appeared in "Brüno," alleging that she was disabled as a result of Baron Cohen attacking her while filming at a charity bingo tournament for seniors. Since the incident was on film, it was easy to prove that the allegations were false, so the case was dismissed. The following year, a Palestinian grocer sued Baron Cohen for defamation, saying that "Brüno" had falsely portrayed him as a terrorist; the case was settled out of court in 2012. In 2018, he was sued by Roy Moore for $95 million after the Alabama politician took part in a mock interview on "Who Is America?," Sacha's Showtime series. In the interview, Baron Cohen posed as an anti-terrorism expert with a "pedophile detector" that beeped when it was near Moore, who had been accused of sexual assault and child molestation while (unsuccessfully) running for a Senate seat in 2017.

Sacha married actress Isla Fisher on March 15, 2010, in Paris, after a 6-year engagement. Isla converted to Judaism before the wedding, and the couple had an intimate Jewish ceremony with just 6 guests.

Baron Cohen and Fisher are passionate about charity, and in December 2015, they donated £335,000 ($500,000) to both Save the Children and the International Rescue Committee.

Sacha has won several awards for his TV and film work, including 2 BAFTA Awards for "Da Ali G Show" and MTV Movie Awards for Best Comedic Performance for "Borat" and Best Kiss for "Talladega Nights" (shared with Will Ferrell). "Borat" also earned Baron Cohen a Golden Globe, a Los Angeles Film Critics Association Award, a San Francisco Film Critics Circle Award, and a Toronto Film Critics Association Award as well as an Academy Award nomination for Best Adapted Screenplay. The Evening Standard British Film Awards has awarded him the Peter Sellers Award for Comedy twice: in 2007 for "Borat" and in 2010 for "Brüno." The Anti Defamation League honored Sacha with an International Leadership Award in 2019 for his commitment to exposing racism and bigotry through satire. 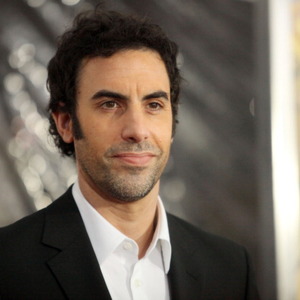