Ryan Pinkston is an American actor and model who has a net worth of $500 thousand. Ryan Pinkston has earned his net worth from his acting career appearing such movies as Spy Kids 3-D Game Over, Bad Santa, Soul Plane and the 2007 smash Full of It. He was born on February 8, 1988 in Silver Spring, Maryland, he is of half Greek descent.

Before Ryan embarked on his acting career he was a participate in karate competitions. He was well-known for his success in Europe and for his involvement with Karate Kidz Online. He was cast as a member on Ashton Kutcher's Show Punk'd on MTV after appearing on Star Search at the young age of 12 years of age. Currently Ryan stars in the role of Gabe Forrest the live-action series Tower Prep, which has aired on the Carton Network since October 19, 2010. Since he appeared in the 2008 movie "Hanna Montana" his height of 5 ft 1 has been a popular topic. He starred in the movie alongside Miley Cyrus who is 5 ft 5 inches tall and Emily Osment who stands 5 ft 2 1/2 inches tall. Ryan and his friend and roommate Sterling Knight live in Los Angeles. 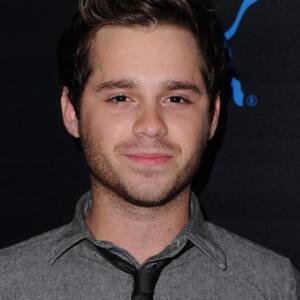