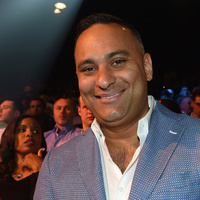 What is Russell Peters' Net Worth?

Russell Peters is a Canadian comedian who has a net worth of $75 million. Russell Peters has become one of the most successful names in the comedic world, and he has performed some of the most well-received stand-up routines in recent times. He has also become a successful actor with appearances in a wide range of films and TV shows. In 2013, he was the third-highest-paid comedian in the world. He is also the first comedian to ever have a Netflix special. In addition, Russell Peters has won many awards over the course of his career, including an Emmy Award.

Russell Dominic Peters was born on September 29th of 1970 in Toronto, Canada. Peters was raised in an Anglo-Indian, Catholic household alongside his older brother, Clayton, who later became his manager. His father was born in Bombay, India. As a young child, Peters was teased because of his ethnicity. His father recommended that he use words to defend himself, and he also learned how to box in order to boost his confidence.

Later, Peters discovered that he was suffering from an undiagnosed case of ADHD throughout most of his high school years. This led to poor grades, and he was ultimately "kicked out" of high school in tenth grade. He later transferred to another school and graduated in 1989. After being rejected from Sheridan College, he started working there as a DJ for the school's radio station. As the years went on, "DJ Russell" would become one of the most prominent Hip-Hop DJs in Toronto during the 90s.

Fresh out of high school, Russell Peters performed his first standup routine as a 19-year-old at Yuk-Yuk's Comedy Club. In a chance 1992 meeting, Peters met his idol – George Carlin. The veteran comedian told Peters to perform whenever he could in order to hone his craft. The advice struck a chord with Peters, and he spent the next few years performing throughout Canada – often for little or no pay.

Russell Peters caused quite a stir when he appeared on CBC's Comics! His standup routine involved racial stereotyping of both black and Indian Canadians, and CBC received death threats as a result. Nevertheless, the incident proved to be great publicity for the young Peters, and he continued to perform controversial routines for the rest of his career. The routine earned Peters a Gemini Award, and he followed up with tours throughout the United Kingdom.

In 1997, Peters appeared on television again in an episode of CTV's Comedy Now! His career really started to take off in the 2000s, starting with a hosting role on BBC's Network East Late from 2000-2002. Looking back, Russell Peters has stated that he believes his breakthrough came in 2004 with a second appearance in CTV's Comedy Now! His standup routine once again proved popular, but an unauthorized YouTube clip from the show made him an international phenomenon. The clip went viral and launched Peters' career in earnest.

Although Peters was in talks to create a sitcom with various networks, he ultimately focused on live performances instead. In 2006, he performed at numerous sold-out shows in New York, and this led to his first comedy special Outsourced. The DVD eventually sold over 100,000 copies. As Outsourced became more and more popular, the demand for his live performances rose.

Later in 2006, he hosted the Canada Day Comedy Festival. In 2007, he sold out an entire arena in Toronto and toured Iraq, Afghanistan, and other countries to perform in front of troops serving overseas. In 2008, Peters hosted the Juno Awards for the first time and performed at Madison Square Garden in New York. The latter performance led to his second, self-financed comedy special, Red, White, and Brown. Again, the DVD sold over 100,000 copies. In 2009, he hosted the Junos for a second time and raked in record-breaking ticket sales at London's O2 Arena. 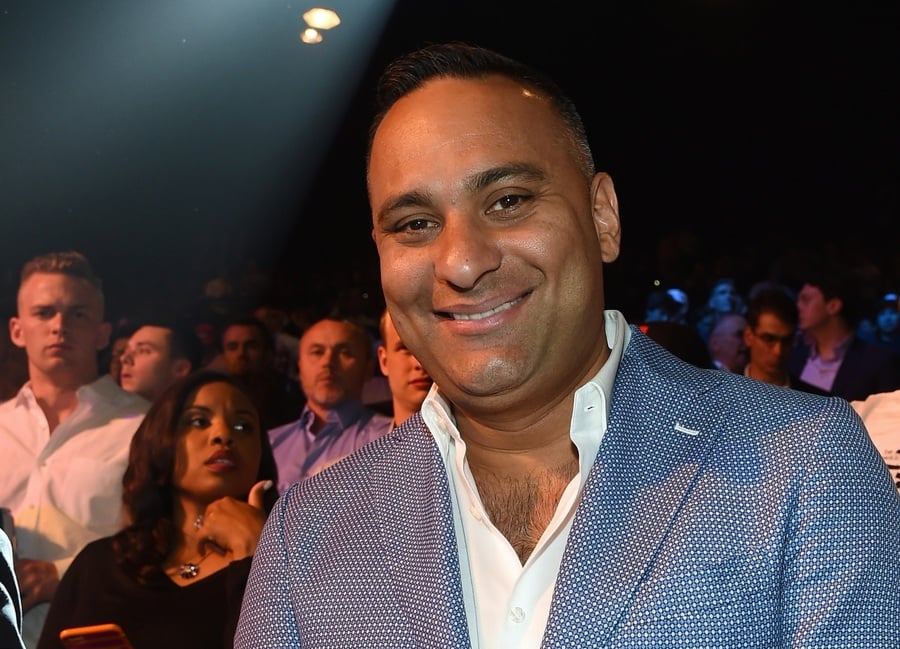 Although Peters moved to Los Angeles in 2006 with the hope of launching an acting career, comedy ultimately became his priority. Many of the roles he was offered involved faking an Indian accent, which Peters did not feel comfortable with. Nevertheless, Peters has enjoyed a impressive career as an actor in addition to his standup work. Some of his most notable film roles were in pictures such as The Take, New Year's Eve, Breakaway, Source Code, and Chef.

In terms of television, Peters has appeared in shows like Mr. D, Last Comic Standing, and The Indian Detective. Russell Peters is also an accomplished voice actor who has been featured in animated series such as Family Guy and BoJack Horseman. In addition, Russell Peters voiced the character of "Rocky the Rhino" in the 2016 Disney film The Jungle Book.

Russell Peters was the subject of controversy after hosting the Juno Awards in 2017. He made several off-script remarks, including a rape joke. He refused to apologize or comment on his actions, and the Canadian Academy of Recording Arts and Sciences was forced to issue a statement denouncing Peters' behavior and words.

In 2010, Peters married his girlfriend, Monica Diaz. That year, they had a child together and Peters released his autobiography, Call Me Russell. In 2012, Diaz and Peters divorced. Although Peters was engaged to another girlfriend in 2016, he later started dating 2012's Miss Universe Honduras, Jennifer Andrade. In 2019, they had a child together. Peters has considerable real estate holdings in Los Angeles, Las Vegas, and Ontario.

In June 2020 Russell listed his mansion in Hidden Hills, Ca for $8.5 million. The mansion is located within an exclusive gated community and spreads over 1.5 acres with a 20-car garage, 14-seat theater, billiard room, wet bar and more. Neighbors include Vin Scully, Jeffree Star and Paul George. He paid $6.5 million for the home in 2017. Russell sold this home in October 2020 for $7.8 million.

In 2014 he paid $4.75 million for an ocean-view home in Malibu, California. He listed this home in 2016 for an optimistic $12 million. As of this writing he has not found a buyer for the property whose asking price has been cut to a slightly more reasonable $8 million. In the meantime, the house is actually rented full-time with a lease that apparently runs through 2023 and costs at least $20,000 per month.

He owns several fairly modest properties in Las Vegas just off the strip and a 4,000 square-foot home 20 minutes out in the suburbs.

Back in Canada, Russell owns a 9,500 square-foot mansion in the Toronto suburb of Etobicoke which he bought in 2019 for $5.4 million.

In October 2020 Russell paid $5.6 million for a new mansion in Encino, California.