What is Russell Brand's Net Worth?

Russell Brand is an English comedian, actor, author, and radio host who has a net worth of $20 million dollars. Brand first gained attention as the host of "Big Brother" spinoff "Big Brother's Big Mouth" in 2004, and he had his first major film role in 2007's "St Trinian's." In 2008, he starred as rocker Aldous Snow in "Forgetting Sarah Marshall" and reprised his role in 2010's "Get Him to the Greek." Russell has appeared in dozens of movies and television shows and has received several awards, including 3 British Comedy Awards. He has also hosted 2 podcasts: "The Russell Brand Podcast" and " Under the Skin with Russell Brand."

Russell Brand was born Russell Edward Brand on June 4, 1975, in Grays, Essex, England. His father, Ronald, was a photographer and left when Russell was 6 months old. Brand's mother, Barbara, underwent treatment for both uterine cancer and breast cancer during his childhood, so Russell lived with relatives for a time. At the age of 14, Brand developed an eating disorder, bulimia nervosa, and he moved out of his mother's home at 16. He soon began using drugs, including marijuana, ecstasy, LSD, and amphetamines.

Russell made his stage debut in a Grays School production of "Bugsy Malone" at age 15 and soon started working as an extra in movies. Brand then attended the Italia Conti Academy, but he was expelled after a year for poor attendance and drug use; he was also expelled from the Drama Centre of the Royal Academy of Dramatic Art. 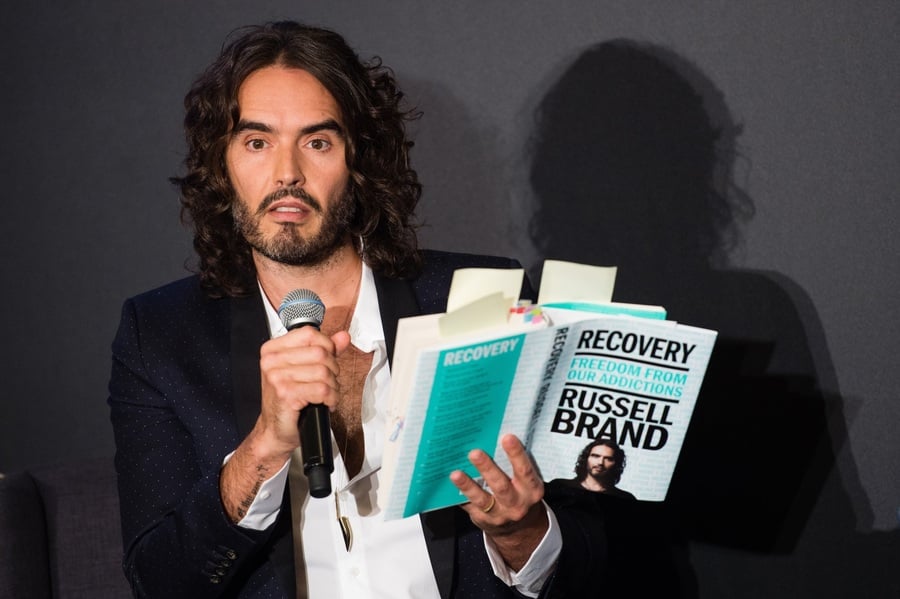 Russell released an autobiography, "My Booky Wook," in 2007. The following year, he signed a 2-book publishing deal (worth £1.8 million) with HarperCollins, releasing "Articles of Faith" in 2008 and "My Booky Wook 2: This Time It's Personal" in 2010. Brand also released "Irons in the Fire" in 2007, "Russell Brand's Trickster Tales: The Pied Piper of Hamelin" (a children's book), "Revolution" in 2014, "Recovery: Freedom from Our Addictions" in 2017, and "Mentors: How to Help and Be Helped" in 2019. Russell has also contributed to "The Guardian," writing both columns and articles.

Brand was arrested in 2010 for allegedly attacking a paparazzo photographer in Los Angeles; he was released after posting $20,000 bail the next day. An arrest warrant was filed in 2012 after Russell threw a paparazzo's phone through a window in New Orleans; Brand voluntary went to the police station and offered to pay to replace the window.

The day after the September 11th attacks, Brand showed up for work dressed as Osama Bin Laden, leading to his dismissal from MTV. In 2013, Russell was kicked out of the "GQ" Men of the Year Awards ceremony when, in his acceptance speech, he brought up the fact that sponsor Hugo Boss used to make uniforms for the Nazis. Brand's drug use, alcoholism, and promiscuity have all been highly publicized, and he has incorporated them into his comedic material.

Brand has spoken out about many issues, including addiction, climate change, and wealth inequality. In 2012, the Dalai Lama chose Russell to host his youth event in Manchester, and he participated in the People's Assembly Against Austerity in 2014. Brand's passion for political causes led him to make the films "Russell Brand: End the Drugs War" (2014) and "The Emperor's New Clothes" (2015) as well as the 2014 YouTube web series "The Trews: True News with Russell Brand."

Russell married singer Katy Perry on October 23, 2010; the couple met when she filmed a cameo for "Get Him to the Greek" in mid-2009 and began dating after reconnecting at the MTV Music Video Awards in September. Brand and Perry divorced in July 2012, and Russell went on to marry blogger Laura Gallacher on August 26, 2017. Brand and Gallacher have 2 daughters, Mabel (born in November 2016) and Peggy (born in July 2018).

Russell has struggled with drug abuse and began using heroin at the age of 19. He has been clean and sober since December 2002; he credits the Focus 12 drug rehabilitation program and transcendental meditation with helping him in his recovery. Brand has also suffered from sex addiction and has been diagnosed with ADHD and bipolar disorder. Russell began following a vegetarian diet at 14 and was named Sexiest Vegetarian by PETA in 2011; he has been a vegan since 2019.

Katie and Russell did not have a prenuptial agreement during their marriage. Divorce court filings would later reveal that during their 14 month marriage Katy earned $44 million while Russell earned around $6 million. Russell could have been entitled to tens of millions when including real estate assets. At the time of their divorce Katy was worth $30-40 million, while Russell was worth significantly less. Russell ultimately agreed to much less than he was entitled to. The amount was undisclosed but is believed to be in the low millions.

In 2009, Brand bought a $3.25 million home in Los Angeles, reportedly a Christmas gift for then-girlfriend Katy Perry. He also paid $2.224 million for a home in Hollywood Hills West in 2013 and £3.3million for an Oxfordshire cottage in 2016. 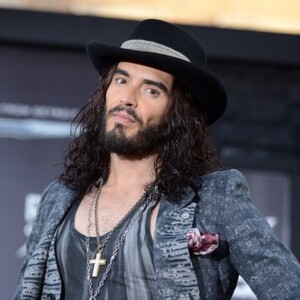