Rudy Ray Moore net worth: Rudy Ray Moore was an American comedian, musician, singer, actor, and producer who had a net worth of $3 million at the time of his death in 2008. Rudy Ray Moore was born in Fort Smith, Arkansas in March 1927. He passed away in October 2008. He was best known for starring in the title role in the 1975 film "Dolemite" and its sequels "The Human Tornado" and "The Return of Dolemite". Moore has been referred to as "the Godfather of Rap". He also starred in the movies The Money Hu$tle, Petey Wheatstraw, Disco Godfather, B*A*P*S, Fakin' da Funk, Big Money Hustlas, and Vampire Assassin. He released several albums beginning with Below the Belt in 1959.

Rudy Ray Moore passed away on October 19, 2008 at the age of 81 of complications from diabetes.

In October 2019, Eddie Murphy starred in a biopic based on the life of Rudy Ray Moore titled "Dolemite Is My Name" which was released by Netflix. 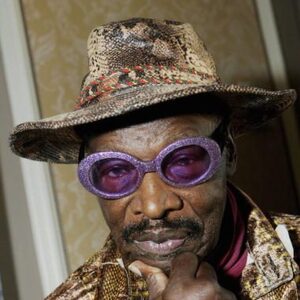