Rove McManus Net Worth: Rove McManus is an Australian television personality, producer, and comedian who has a net worth of $5 million dollars. Rove McManus was born in Perth, Western Australia in January 1974. He attended Corpus Christi College. As a comedian he has performed at the Just For Laughs Festival in Montreal in 2010 and hosted the 2013 International Comedy Gala. In 1997 McManus hosted, wrote, and produced the TV series The Loft Live. He also hosted, wrote, and produced the series Rove in 1999 and Rove Live from 2000 to 2009. In 2006 he produced the TV series Real Stories and he starred in and produced The 7PM Project from 2009 to 2010. McManus was the host of Are You Smarter Than a 5th Grader? from 2007 to 2009. From 2007 to 2003 he made over 30 appearances on The Tonight Show with Jay Leno and was a frequent guest on Chelsea Lately from 2009 to 2011. In 2014 he became the host of the TV series Riot. McManus also owns the production company Roving Enterprises. He has won three Gold Logie Awards and seven Silver Logie Awards. Rove married actress Tasma Walton in 2009 and the couple has one daughter together. 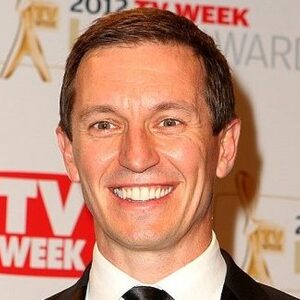