Ross Noble net worth and salary: Ross Noble is an award-winning comedian who has a net worth of $8 million. Noble, who hails from Northumberland, England, was listed as the 11th greatest standup comedian on Channel's four's list 100 Greatest comics. At the age of 11, Noble was diagnosed with dyslexia and at that time decided not choose a career that relied on academic abilities. This decision inspired him to pursue a career in comedy. At school, Noble even told his careers advisor that he wanted become a comedian – which led to him to do a performing arts course at Newcastle College. Noble's first stand-up performance was at the age of 15, performing at a local comedy club.

After spending some time performing at local comedy clubs, Noble found his voice. He eventually found fame in Australia as well as the UK and has toured extensively. Noble has won countless awards including a Time Out and Barry Award. Noble has made regular television appearances on BBC's Have I Got News for You, Room 101, Friday Night with Jonathan Ross and Jack Dee Live at the Apollo. He has also made TV regular appearances down under which includes, Thank God You're Here, Rove Live and The Panel. 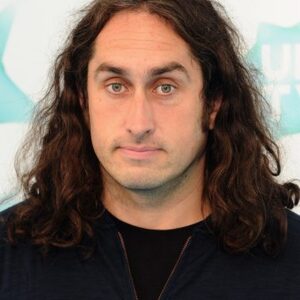