Ron Funches net worth: Ron Funches is an American comedian, actor, and writer who has a net worth of $500 thousand. Ron Funches was born in California in March 1983. As an actor he has starred as Shelly in the television series Undateable since 2014. Funches has provided the voice of Sharzod in the TV series Home: Adventures with Tip & Oh since 2016. He has had recurring roles in the TV series Crash & Bernstein, Kroll Show, and Another Period. He has also starred in the films Get Hard and Donald Trump's The Art of the Deal: The Movie. Funches has been a writer for the TV series Kroll Show from 2013 to 2014 and The Eric Andre Show from 2014 to 2015. He has frequently appeared on the series @midnight since 2013. 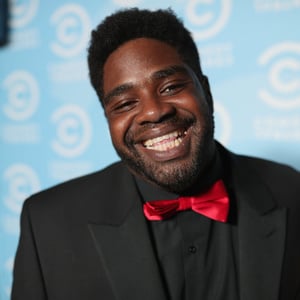