Rodney Perry Net Worth: Rodney Perry is an American comedian, actor, and writer who has a net worth of $2 million. Rodney Perry was born in Chicago, Illinois in September 1970. He is best known for co-hosting the BET late night talk show The Mo'Nique Show from 2009 to 2012. Rodney got into comedy while in the United States Navy.

Perry made his acting debut in the 2003 movie With or Without You. From 2006 to 2008 he appeared on the TV series Who's Got Jokes?. In 2004 he starred as Rodney in the television series Family Time. Perry has also starred in the movies Johnson Family Vacation, Chicago Pulaski Jones, and Madea's Big Happy Family. He has also appeared in episodes of the TV series Off The Chain, Meet The Browns, BET's Comic View, and Chelsea Lately. His upcoming projects include the movies Mr. Right, What Love Will Make You Do, Rabidus, Conflict of Interest, and Soul Ties. 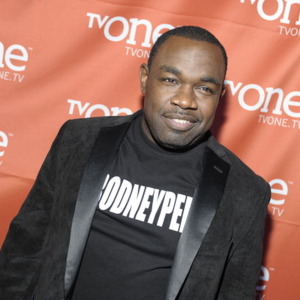