Robert Kelly net worth: Robert Kelly is an Irish-American stand-up comedian and actor who has a net worth of $300 thousand. Bob Kelly is probably best-known for appearing with his longtime friend Dane Cook in the cross-country comedy tour called "Tourgasm" which was chronicled in the 2006 HBO series of the same name. He has also appeared in the series "Sex & Drugs & Rock & Roll" and "Louie". Robert's career received a huge boost in 2004 after he appeared on the CW show "Ring My Bell" which starred fellow comedian Doug Bell.

Robert Kelly was born in Boston, Massachusetts in October 1970. He often performs at the Comedy Cellar and started to become widely-known thanks to appearances on "The Opie and Anthony Show" on Sirius XM Satellite Radio. Today he is a regular guest on "The Jim & Sam" show on Sirius. 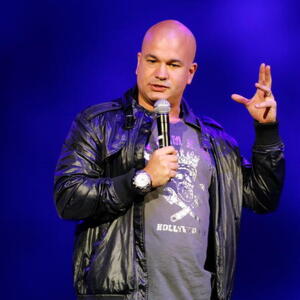