How much is Rob Schneider Worth?

Rob Schneider Net Worth and Salary: Rob Schneider is an American actor, comedian, screenwriter, and director who has a net worth of $12 million. He has earned his net worth through his successful career acting in films, television sitcoms, as a writer and performer for SNL and his stand-up comedy routines.

Early Life: Robert Michael Schneider, better known as just Rob Schneider, was born in San Francisco, California, on October 31, 1963. He was raised in the nearby suburb of Pacifica, California, by his parents Pilar (née Monroe) and Marvin Schneider. His mother was a former kindergarten teacher and school board president, and his father was a real estate broker. He has an older brother, John, who is a producer. Schneider is of a mixed heritage background. His father is Jewish, his mother is Catholic, and his maternal grandmother was from the Philippines. He attended Terra Nova High School, and after graduating in 1982 he continued his education at San Francisco State University.

Career: Schneider started performing stand-up comedy while still in high school, and would often perform as the opener for local San Francisco band Head On, a band managed by his older brother. Following high school, Schneider would continue to perform around the Bay Area in nightclubs like the Holy City Zoo and The Other Café. He would also guest star on local radio programs. Following his gig opening for comedian Dennis Miller in 1987, Schneider was given a chance to appear on HBO's 13th Annual Young Comedians special, hosted by Miller. Thanks to the exposure he got from the HBO special, Schneider was then given the opportunity to work on the NBC late night sketch comedy series "Saturday Night Live" (SNL) as a writer in 1988.

Schneider's tenure as a writer at "Saturday Night Live" did not last long. He quickly became part of the cast, moving up the ranks from featured player to full cast member. From 1990 to 1994, some of the characters he played include "Tiny Elvis" and "Orgasm Guy", as well as the annoying office worker Richard Laymer "The Richmeister", "Carlo" from the Il Cantore Restaurant sketches, and "The Sensitive Naked Man". In addition to the live tapings of the show, he also appeared in the video release "The Bad Boys of Saturday Night Live" along with fellow SNL comedians Adam Sandler, Chris Rock, David Spade, and Chris Farley.

Following his departure from SNL in 1994, Schneider appeared as supporting characters in several movies, like "Surf Ninjas", "Judge Dredd", "The Beverly Hillbillies", "Demolition Man", and "Down Periscope". He also had a recurring part on the television series "Coach" and in 1996 he co-starred with Ron Eldard and Justine Bateman in the NBC sitcom "Men Behaving Badly". "Men Behaving Badly" was actually originally a British show, and the version Schneider appeared in was an American remake. It ran for two seasons.

He then went on to star in films like "Deuce Bigalow: Male Gigolo" (1999), which he co-wrote, and managed to gross $92 million globally on a $17 million budget despite strong negative critical reviews; its sequel "Deuce Bigalow: European Gigolo" (2005), which failed to impress both critics and audiences and was nominated for Worst Picture at the 25th Golden Raspberry Awards; "The Animal" (2001), which he also co-wrote; "The Hot Chick" (2002), once again co-written by Schneider; "The Benchwarmers" (2006), produced by Adam Sandler and co-starring David Spade and Jon Heder. He also had minor appearances in films like "Muppets from Space" (1999) and "Around the World in 80 Days" (2004); starred as the title character in the CBS comedy "Rob", loosely based on events and circumstances from his life; and starred in the Netflix sitcom "Real Rob", which follows the events of his life and actually include his real-life wife Patricia. 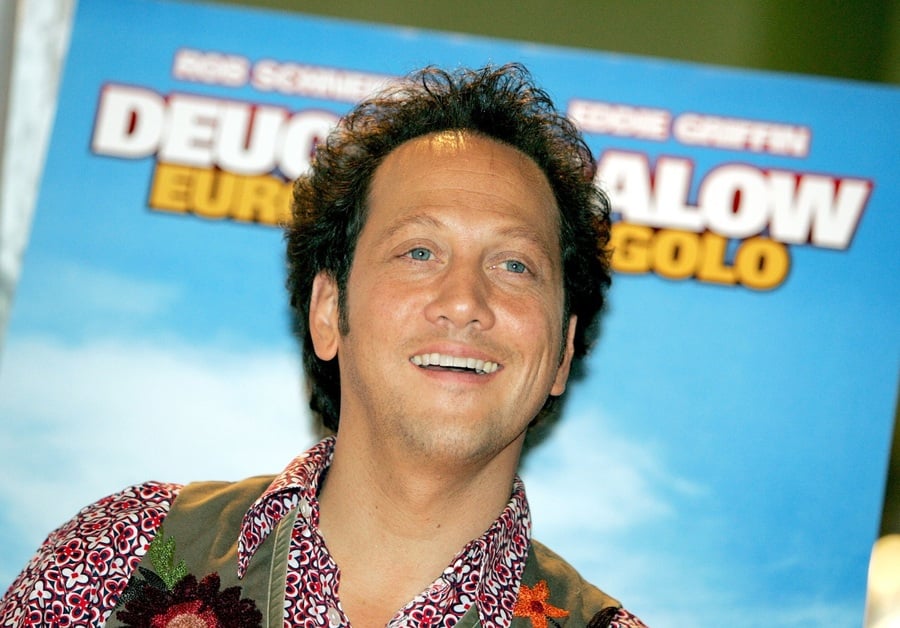 In addition to acting and screenwriting, Schneider has also worked as a director. His directorial debut came in 2009, when the comedy "Big Stan" was released in the United States. He not only directed the film, but starred in it and also co-produced it along with his brother, John Schneider. His other pursuits outside of the world of film and acting include the release of his comedy album "Registered Offender" (2010), an accompanying international stand-up comedy tour in 2010, and various endorsement activities. He was a spokesperson for State Farm Insurance until they dropped him in 2014 due to his anti-vaccination views. He is also the official celebrity spokesperson for the Taiwan Tourism Bureau and the Ten Ren Tea company in Taiwan.

Personal Life: Schneider's eldest daughter, the musician Elle King, was born in 1989. Her mother is the former model London King, whom Schneider was previously in a relationship with. In April 2011, he married Patricia Azarcoya Arce, a television producer. Patricia's hometown is Monterrey, Mexico. Together, they have two daughters, born in 2012 and 2016.

For a long time in the school system of his hometown, Pacifica, California, there were no music education programs due to lack of funding. In 1996, Schneider founded the Rob Schneider Music Foundation, to bring music education back to Pacifica's elementary schools. The foundation paid for teacher salaries, and provided funds to cover the costs of musical instruments and other equipment. 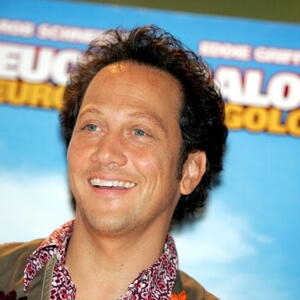