Rob Brydon net worth and salary: Rob Brydon is a Welsh actor, comedian, television and radio personality, singer, and impressionist who has a net worth of $8 million. Rob Brydon was born in Baglan, Glamorgan, Wales in May 1965. As an actor he starred as Keith Barret in the television series Marion & Geoff from 2000 to 2003.

From 2004 to 2005 he played the same role in the TV series The Keith Barret Show. From 2005 to 2006 Brydon starred as Dr. Paul Hamilton on the series Supernova. He starred as himself on the television series Annually Retentive from 2006 to 2007. From 2007 to 2010 he starred as Bryn on the TV series Gavin & Stacey. From 2010 to 2014 Brydon starred as Rob in the series The Trip. He has starred in the movies Lock, Stock and Two Smoking Barrels, A Knight's Tale, 24 Hour Party People, Cruise of the Gods, Shaun of the Dead, A Cock and Bull Story, The Trip, The Best of Men, Gangsta Granny, The Trip to Italy, and Cinderella. Brydon has hosted the TV series Invasion, Top of the Pops 2, The Rob Brydon Show, and Would I Lie to You?. He has won British Comedy Awards in 2000 for Best Comedy Newcomer and in 2001 for Best TV Comedy Actor. 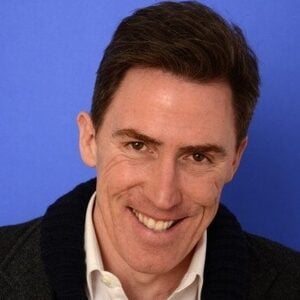