What Is Rita Rudner's Net Worth?

Rita Rudner is an American comedian, actress, and writer who has a net worth of $12 million. While Rita Rudner rose to fame as a stand-up comedian in the '80s, she actually began her professional performing career as a dancer and appeared in Broadway productions of Promises, Promises," "Follies," "The Magic Show," "Mack & Mabel," "So Long, 174th Street," and "Annie" in the '70s. There were fewer female comedians than female dancers, and Rita's style, a sort of female Woody Allen meets Jack Benny, proved popular quickly. Rudner has released the comedy specials "Born to Be Mild" (1990), "Married Without Children" (1995), "Live from Las Vegas" (2008), "Rita Rudner and 3 Potential Ex-Husbands" (2012), and "A Tale of Two Dresses" (2018), and she wrote and starred on the TV series "Rita Rudner" (1990) and "Ask Rita" (2003). 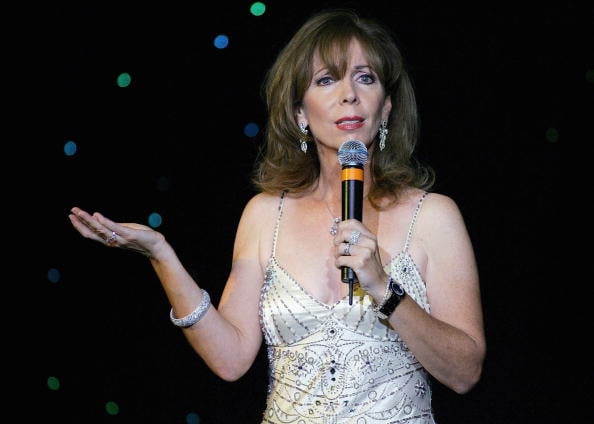 Rita Rudner was born Rita Carol Rudner on September 17, 1953, in Miami, Florida. Her mother, Frances, was a homemaker who passed away from breast cancer when Rita was 13 years old, and her father, Abe, was a lawyer. Rudner grew up in Coconut Grove in a Jewish household, and at the age of 4, she started taking ballet lessons. After Frances died, Abe remarried, and Rita had a hard time getting along with her stepmother. Rudner graduated from high school when she was just 15 years old, then she moved to New York City to pursue a dance career. In 1970, she landed a small role in a Broadway production of "Promises, Promises," then she appeared in "Follies," "The Magic Show," "Mack & Mabel," and "So Long, 174th Street" and played Lily St. Regis in "Annie."

In the early 2000s, Rita began performing almost exclusively in Vegas, and according to her official website, "Over the course of a multi-year run she sold almost two million tickets, grossed over a hundred million dollars and become the longest-running solo female comedy show in the history of Las Vegas." In 2003, she hosted the syndicated talk show "Ask Rita," which earned her a Gracie Allen Award for Best Program Host. In 2009, Rudner, Sheryl Crow, and Bette Midler performed at a fundraiser for President Barack Obama and Senator Harry Reid at Caesars Palace. Rita appeared in the films "Love Hurts" (2009) and "Thanks" (2011) and guest-starred on "Melissa & Joey" (2012) and "Dice" (2016), and in 2018, she began starring in the musical "Two's A Crowd," which she co-wrote with her husband and singer/songwriter Jason Feddy.

Rita married British producer Martin Bergman on June 24, 1988, and they adopted their daughter Molly in 2002. Bergman executive produced "Born to Be Mild Starring Rita Rudner" and "Rita Rudner: Live from Las Vegas," and he directed and produced the TV movie "A Weekend in the Country" and the film "Thanks." He wrote "Thanks," and he co-wrote "A Weekend in the Country" with Rudner, who starred in both movies. Molly also appeared in "Thanks" as "Young girl on beach." Rudner and Bergman have written several plays together, including "Tickled Pink" and "Room 776."

Rita has been nominated for two American Comedy Awards, winning for Funniest Female Stand-Up Comic in 1990. Her other nomination was for Funniest Actress in a Motion Picture (Leading Role) for "Peter's Friends" (1993). In 1995, Rudner earned a CableACE Award nomination for Writing an Entertainment Special for "Rita Rudner: Married Without Children," and in 2004, she received a Writers Guild of America Award for her involvement in "The 75th Annual Academy Awards." The Nevada Ballet honored Rita with its Woman of the Year Award in 2006.

In 2016, Rudner and Bergman sold a house in Dana Point, California for $8.3 million. The 5,000 square foot home, which is situated in the Dana Point Monarch Bay Community, comes with numerous amenities, including heated floors, electric solar shades, an elevator, and large windows that let in ample sunlight. The house also features an eat-in state-of-the-art kitchen, two fireplaces, a water filtration system, and a media room. Out back, there is a large patio, a spa, and a barbecue space. Around the time of the sale, Rudner and Bergman bought another house in the same area.

Here's a video tour of their former home: