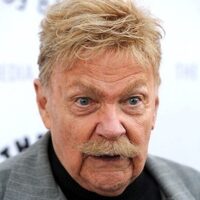 What was Rip Taylor's Net Worth?

Rip Taylor was an American actor and comedian who had a net worth of $3 million at the time of his death in October 2019. Rip Taylor was well-known for his exuberant personality and his appearances on many late night shows and in a wide variety of television shows and films. His first role was as a voice actor for The Jetsons TV series in 1962. Taylor made his feature film debut in 1964's I'd Rather Be Rich. In 1977 he starred as Jack Merrill in the TV series The Brady Bunch Variety Hour. Taylor had a recurring role as Rappin' Rip in the series Life with Bonnie from 2002 to 2003. He has done voice work for Scooby-Doo Goes Hollywood, DuckTales the Movie: Treasure of the Lost Lamp, Tom and Jerry: The Movie, Garfield and Friends, The Addams Family, A Flintstones Christmas Carol, What's New, Scooby-Doo?, Scooby-Doo and the Monster of Mexico, and The Emperor's New School. He has also starred in the movies Chatterbox!, The Happy Hooker Goes to Washington, The Gong Show Movie, Home Alone 2: Lost in New York, Indecent Proposal, Wayne's World 2, The Silence of the Hams, Private Obsession, Grid Runners, The Boys Behind the Desk, Alex & Emma, and Silent But Deadly. Taylor received a star on the Hollywood Walk of Fame at 6626 Hollywood Blvd. in 1992. He was the grand marshal of Washington D.C.'s Capital Pride parade in 2006. Rip Taylor on October 6, 2019 at the age of 84.

Taylor was born on January 13, 1931 in Washington, D.C. to parents Elizabeth Sue Evans and Charles Elmer Taylor. His father was a musician while his mother was a waitress and former government clerk. When Taylor was two, his father died and he subsequently moved through the foster care system. He later described having to deal with abuse in foster care as well as bullies in school. He attended Capitol Page School for high school. He then worked as a congressional page after his graduation before serving in the Korean War as a member of the U.S. Army Signal Corps. While he was in the Corp, he was sent to Special Services and served in the entertainment wing of the military. He often performed for troops in Tokyo and Korea.

After completing his military service, Taylor returned to the United States and began developing his nightclub career. His act focused on performing humorous songs and pantomiming records. Throughout the mid-1950s, he worked at a variety of strip clubs all along the Eastern coast, while still also performing at comedy clubs and night clubs. He became more and more popular and he started managing to book more upscale gigs. At one of his gigs in the Catskills Mountains, a booking agent from "The Ed Sullivan Show" was in attendance and was impressed with Taylor's ability to connect with the audience. From that point on, Taylor appeared many times on "The Ed Sullivan Show" beginning in 1961. He became known for pretending to cry in front of the audience in order to get them to laugh at him. Over the course of his career, he would appear on the show over 20 times.

As he became more popular, Taylor also began appearing in other television shows and films. He made a number of guest appearances during the 1963-1964 on "The Jackie Gleason Show." He also became known for his signature confetti gag, which involved throwing confetti in the air, which he had first done on "The Merv Griffin Show."

Taylor also became a regular in Las Vegas. He initially opened for Eleanor Powell's dance show and also was a warm up act for artists like Frank Sinatra, Judy Garland, The Kingston Trio, and Sammy Davis Jr. In 1968, he appeared in two episodes of "The Monkees." He also worked as a voice performer in the 1970s cartoon series "Here Comes the Grump" as the title character, as well as on "The Addams Family" as the character of Uncle Fester. 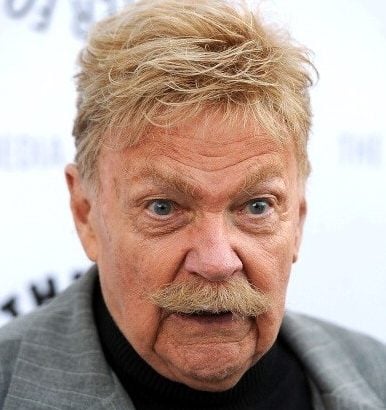 Throughout the 1970s, Taylor also became a recurring guest panelist on various talk shows and games shows like "Hollywood Squares," "The Gong Show," and "To Tell the Truth." He also became a regular on the show "Sigmund and the Sea Monsters," playing the character of Sheldon. Other appearances he made during this time include "The $1.98 Beauty Show," "The Brady Bunch Hour," "and "Scooby Goes Hollywood." He also appeared as himself in the film "Wayne's World 2." Throughout this time, he continued appearing frequently on "The Tonight Show" and "The Mike Douglas Show," and his appearances gained a reputation for always being hilarious and unpredictable.

Throughout the 1990s and into the 2000s, Taylor continued making frequent guest appearances on various shows and sitcoms including "Brotherly Love," "Will & Grace," "George Lopez," "Life with Bonnie," and "The Suite Life of Zack & Cody." He also appeared in "Jackass: The Movie" in 2002 and appeared in the final scene of the film before the credits rolled. He later appeared in "Jackass Number Two" and "Jackass 3D."

In addition to the many appearances he made in television and film, Taylor also sometimes performed in live theatre. His first big show was near the beginning of his career in 1966 when he was on tour with Judy Garland. In 1981, he appeared on Broadway when he replaced Mickey Rooney in the burlesque-themed musical comedy, "Sugar Babies." He also was a frequent co-star of Debbie Reynolds in her lives shows at various cities in Nevada as well as in Atlantic City. In 2010, he performed the one-man show, "It Ain't All Confetti," in North Hollywood. The show focused on Taylor's own life and he shared many personal stories about his life and career.

Taylor was a married for a number of years to Rusty Rowe, a Las Vegas showgirl. They divorced during the early 1960s. Over the years, various rumors circulated regarding Taylor's sexuality, with some referring to him as openly gay, which Taylor neither confirmed nor denied. At the time of his death, Taylor was in a long-term relationship with Robert Fortney according to his publicist.

Taylor died on October 6, 2019 at Cedars-Sinai Medical Center in Los Angeles, California. He had been hospitalized for an epileptic seizure the week before and his death certificate listed heart failure has a contributing cause of death. His ashes were subsequently scattered at sea in Hawaii.