How much is Rik Mayall Worth?

Rik Mayall net worth: Rik Mayall was an English comedian, writer, actor, and director who had a net worth of $5 million dollars. Rik Mayall was born in Harlow, Essex, England, and grew up in the theater. His parents were acting teachers, and he began his performing career appearing in their productions. He went on to study drama at the University of Manchester, where he met his comedy partner, Ade Edmondson. He first made a name for himself performing with Edmondson at the Comedy Store. From there, he branched out into television and film appearances. Throughout the 80s, he gained wider and wider popularity in the UK and Australia, appearing on such shows as "Black Adder", and in his own comedy series, "The Young Ones". He then went on to appear in such projects as "The New Statesman", "Bottom", "The Bill", "Jonathan Creek", "Agatha Christie's Marple", and "Man Down". He is most widely recognized for his popular series, "The Comic Strip Presents…" and the film "Drop Dead Fred". He also enjoyed a prolific voice over career and appeared in multiple professional theater productions. He passed away on June 9, 2014. 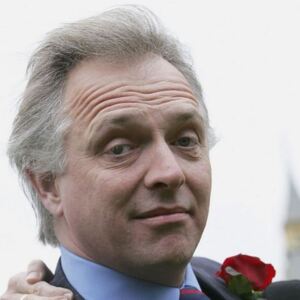