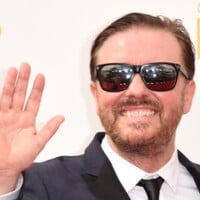 What is Ricky Gervais' net worth and salary?

Ricky Gervais is a British-born actor, comedian, writer, and filmmaker who has a net worth of $160 million. He earned the vast majority of his net worth as the creator of the television series The Office. The show started out as a limited-run British series in 2001. In 2005 it was adapted to an American version which aired 201 episodes over 9 seasons. The American version of The Office is one of the most lucrative shows in syndication history, earning billions of dollars in royalties and fees. As a result, Gervais continues to regularly earn tens of millions of dollars off the show when a deal is renewed or it is sold to a new platform.

Ricky Dene Gervais was born on June 25th of 1961 in Reading, England. His father was a repatriated French-Canadian, and Ricky was raised as the youngest of four siblings. After attending secondary school, Gervais studied philosophy at University College London, emerging with a degree. While at University, Gervais met Jane Fallon, with whom he has been in a relationship since 1982.

After a failed attempt at becoming a pop star, Ricky Gervais started his entertainment career in radio. While acting as head of speech at XFM, he met with Stephen Merchant, who he later hired as an assistant. The two would later go on to create The Office. Ricky Gervais began his television career writing sketches for the British comedy show The Sketch Show, later appearing as an intentionally offensive and politically incorrect host on The 11 O'Clock Show. He also starred in a comedy show called Meet Ricky Gervais, although it wasn't very successful.

Breakthrough With The Office

In 1999, Stephen Merchant created a seven-minute short film for a project while studying film production. The short film featured the character of David Brent – Ricky Gervais' future role on The Office. The short film was shown to high-ranking employees of BBC, who requested a pilot script from Gervais and Merchant. The pair created the pilot script, and the show was given the green light by the BBC.

Initially, The Office was a dud. It was released in a short run of six episodes, and not many people bothered to watch it. However, word of mouth eventually spread and people started buying the DVDs. Soon enough, it became clear that there was a demand for a second season. BBC once again gave the go-ahead for the next season, much to the joy of fans everywhere. In 2003, Gervais and Merchant were considered comedic masterminds after the successful release of this second season. After the success of The Office in Britain, the show was remade in the United States, with Gervais and Merchant acting as producers. In addition, The Office has been recreated for audiences of other nations, including Brazil, Sweden, France, and many others. Gervais later stated that the critical praise he received for The Office allowed him to succeed in the American entertainment industry in the years to come.

Gervais and his co-creator Stephen Merchant have earned tens of millions of dollars during the original run of The Office through various producer and creator credits. Ricky's true windfall has come thanks to extremely lucrative syndication and licensing deals in more recent years. Ricky owns at least 10% of The Office's syndication equity points. In other words, he earns 10% of all profits generated by the show.

To date, Ricky Gervais has easily earned north of $100 million before taxes through syndication sales.

In June 2019, Comcast's NBC paid $500 million for the rights to show The Office beginning in 2021. The show had previously been airing on Viacom-owned networks like Comedy Central. The show was also a longtime feature of Netflix.

Following the success of The Office, Ricky Gervais was involved in many other TV series. The first was Extras, a series that featured well-known celebrities portraying comedic versions of themselves on fictional film sets. Gervais also created his own show, The Ricky Gervais Show, in 2010. In addition, Ricky Gervais had a hand in the creation of shows like Derek, Life's Too Short, An Idiot Abroad, and After Life.

Ricky Gervais has been a successful stand-up comedian since the 1990s. His stand-up career took off after the success of The Office, and he has toured extensively with his act over the years. His comedy specials have been broadcast by Netflix on more than one occasion. 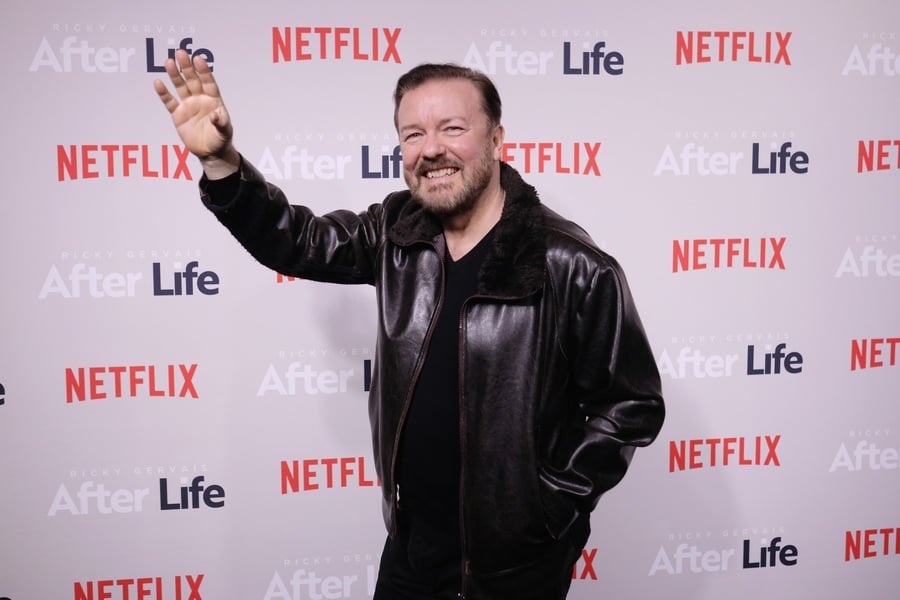 Ricky Gervais accepted roles in a number of high-profile films over the course of his career. In 2005, he voiced the role of "Bugsy" in the animated film Valiant. One of his most famous roles was in 2006's Night at the Museum, in which he played a museum director. He later reprised the role in its sequels. During the next few years, Gervais booked roles in films such as Ghost Town, The Invention of Lying, and Special Correspondents.

As of this writing, Ricky has won seven BAFTA Awards, two Emmy Awards, a Screen Actors Guild award, and three Golden Globe Awards – a show which has hosted five times.

In 2018, Netflix reportedly paid Ricky $20 million for a standup special. Netflix had previously purchased his special "Humanity," reportedly also for $20 million. Between June 2017 and June 2018, Ricky earned $25 million from his various endeavors. That was enough to make him one of the five highest-paid comedians in the world.

Ricky Gervais and his partner, Jane Fallon, have chosen not to get married or have children. Although Gervais has been involved in a number of charitable causes, he is best known for supporting animal rights. In 2015, it was reported that Ricky Gervais had pledged to leave his entire fortune to animal rights charities. He is vehemently opposed to all forms of hunting, poaching, and illegal animal trading. Because of his various actions and donations for animal welfare, Ricky Gervais has won numerous awards and has been praised by groups such as PETA. In addition, Gervais is a firm atheist and a supporter of same-sex marriage.