Richard Pryor Net Worth: Richard Pryor was an American comedian, actor, and writer who had a net worth of $40 million at the time of his death in 2005. That's the same as around $50 million in today's dollars, after adjusting for inflation. Richard earned his fortune from album sales, tour ticket sales, and salaries from a highly successful film and television career.

Pryor is perhaps best remembered for, and most revered for, his work as a comedian on stage. His standup specials made him one of the most admired comedians to ever perform. His material was both loved and hated for its fearless nature, turning its fire on race relations in America, growing up black, language, and Pryor himself. Nothing was off-limits for Richard, who had the unique ability to turn personal tragedy into hilarious jokes and gags.

Pryor also earned a more mainstream kind of fame in his Hollywood comedies – many of them with frequent co-star Gene Wilder. His career off the comedy stage began as a writer for shows like "Sanford and Son" and eventually parlayed his hit comedy records into a 1977 sketch comedy series entitled "The Richard Pryor Show." That show was deemed too controversial for mainstream audiences, but it is considered an innovative and ahead of its time series today. Pryor released more than 20 comedy albums, such as "…Is It Something I Said?" (1975) and "Richard Pryor: Live on the Sunset Strip" (1982), and his notable films include "Stir Crazy" (1980), "Bustin' Loose" (1981), and the biographical film "Jo Jo Dancer, Your Life Is Calling" (1986), which he also wrote, directed, and produced.

Salary Highlights: In 1983, Richard earned $4 million to star in the critically-panned "Superman III." That's the same as earning $10 million today and was enough to make him one of the highest-paid actors in the world at the time.

Early Life: Richard Pryor was born Richard Franklin Lennox Thomas Pryor on December 1, 1940, in Peoria, Illinois. He was raised in his grandmother's brothel, after his mother, Gertrude (a prostitute who worked at the brothel) abandoned Richard when he was 10 years old. His father, LeRoy, was a hustler and a former boxer. Pryor's grandmother, Marie, had violent tendencies and would often beat him. He was molested by a teenage neighbor at age 6, and he was later sexually abused by a preacher. Richard was expelled from school when he was 14, and he joined the U.S. Army in 1958. He stayed in the military until 1960, but he spent most of his time in an army prison after he and a few other soldiers beat and stabbed a white soldier who "laughed too hard about the painful black parts" in the film "Imitation of Life." Pryor had his first child, daughter Renee, with his girlfriend, Susan, in February 1957, when he was 16 years old.

Career: Richard moved to New York City in 1963 and started performing in clubs, and it wasn't long before he began appearing on television shows like "The Tonight Show Starring Johnny Carson," "The Ed Sullivan Show," and "The Merv Griffin Show." Pryor became a success in Las Vegas, and he released his first comedy album, "Richard Pryor," in 1968. The following year, he relocated to Berkeley, California, and he wrote for "The Flip Wilson Show" and "Sanford and Son" and the 1973 specials "The Lily Tomlin Show" and "Lily." Richard made his film debut in 1967's "The Busy Body," then appeared in "Wild in the Streets" (1968), "Lady Sings the Blues" (1972), "The Mack" (1973), "Uptown Saturday Night" (1974), "The Wiz" (1978), and "The Muppet Movie" (1979). He signed a contract with Laff Records in 1970, then moved to a bigger label, Stax Records, in 1973. Pryor co-wrote the 1974 comedy film "Blazing Saddles," and Brooks originally wanted him to play the lead role, but the production studio refused to insure him. 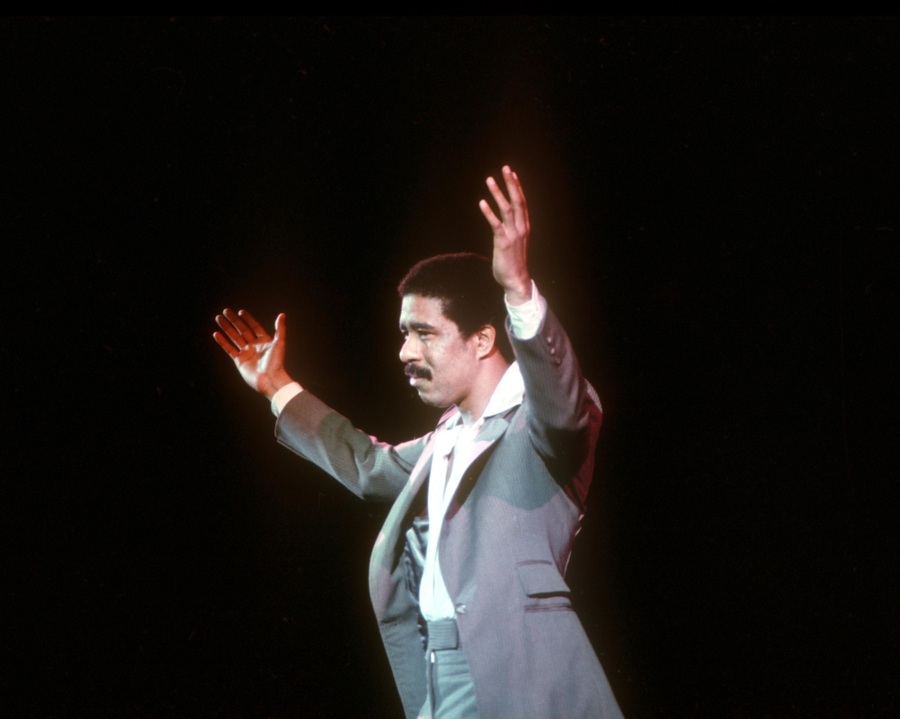 Personal Life: Pryor was married seven times, and he wed two of his five wives twice. He was married to Patricia Price from 1961 to 1966, and they had son Richard Jr. in July 1962. He then married Shelley R. Bonus in 1968, and they had daughter Rain in July 1969. Richard and Shelley divorced that year, and he wed Deborah McGuire in 1977. After they split in 1978, he married Jennifer Lee in 1981; they divorced in 1982, then remarried in 2001, and they remained together until Pryor's death. He was also married to Flynn Belaine from 1986 to 1987 and 1990 to 1991, and they had two children, Steven (born August 1984) and Kelsey (born October 1987). Richard had a daughter, Elizabeth Ann (born April 1967), with Maxine Anderson and a son, Franklin (born April 1987) with Geraldine Mason, and he dated "Greased Lightning" co-star Pam Grier in the late 1970s and "Some Kind of Hero" co-star Margot Kidder in the early 1980s. In 2018, Quincy Jones and Jennifer Lee Pryor claimed that Richard and Marlon Brando had a sexual relationship in the '70s.

Pryor was arrested for arrested for drunk driving in 1978 and received a sentence of five months in jail. In June 1980, he poured rum on himself and lit himself on fire, then ran down the street until police officers subdued him. After being transported to a hospital, Richard was treated for second- and third-degree burns on over 50% of his body, and he spent six weeks at Sherman Oaks Hospital's Grossman Burn Center. Though the L.A. police department initially stated that Pryor's burns were the result of an explosion that occurred while he was freebasing cocaine, he later admitted that it was a suicide attempt. A heavy smoker and drinker, Richard had a mild heart attack in 1977, then had another one in 1990, followed by triple bypass surgery in 1991. He was diagnosed with multiple sclerosis in 1986 and eventually had to start using a power-operated mobility scooter.

Death and Estate: Pryor suffered his third heart attack on December 10, 2005, and sadly, he passed away at the age of 65. He was cremated, and in 2019, his widow, Jennifer, spread his ashes in Hana, Hawaii. Richard left an estate estimated to be worth $40 million, and his children have spent years feuding with his widow. Richard's children were reportedly not aware that Jennifer had married Richard a second time, and they were none too pleased to find out that their father had named Jennifer his primary beneficiary and given her control of his intellectual property. Some of his children filed a lawsuit against Jennifer in 2006, with Elizabeth accusing her of "elder abuse, fraud, forgery, and taking advantage of Richard's weakened mental and physical state." When the probate court sided with Jennifer, Elizabeth turned to the California Court of Appeals, alleging that the marriage should be annulled because it was fraudulent, but the court ruled in Jennifer's favor. In 2014, Richard, Jr. sent Jennifer a cease-and-desist letter in which he accused her of taking advantage of his father's physical and mental decline to gain the rights to his intellectual property, and he has feuded with Jennifer over which actor should play Pryor in the biopic she has been trying to bring to the big screen.

Pryor won a Writers Guild of America Award for Best Comedy Written Directly for the Screen for "Blazing Saddles" in 1975 and a CableACE Award for Entertainment/Cultural Documentary or Informational Special for "Mo' Funny: Black Comedy in America" in 1994. He received a star on the Hollywood Walk of Fame in 1993, and in 1998, he was the first-ever recipient of the Kennedy Center's Mark Twain Prize for American Humor. Richard was ranked #1 on Comedy Central's 2004 list of the 100 Greatest Stand-ups of All Time, and in 2015, artist Preston Jackson created a bronze statue in his likeness near the Peoria neighborhood where Pryor grew up. In 1999, he received a Humanitarian Award for his work with People for the Ethical Treatment of Animals (PETA). 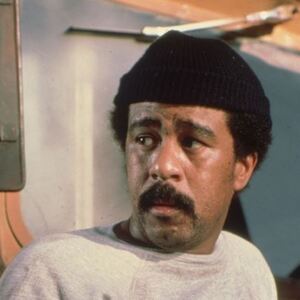