What Is Richard Lewis' Net Worth?

Richard Lewis is an American comedian, actor, writer, and producer who has a net worth of $7 million. Lewis is most widely recognized for his work as a stand-up comedian and for his roles on ABC's "Anything But Love" (1989–1992) and HBO's "Curb Your Enthusiasm" (2000–present). He began his performing career as a stand-up comedian in the '70s while working for an ad agency by day.

Lewis wrote and executive produced the 2014 documentary "House of a Lifetime: Richard Lewis" and the "Daddy Dearest" episode "The Tortoise and the Scare." Richard also wrote and starred in the 1979 TV movie "Diary of a Young Comic," and he published the book "The Other Great Depression: How I'm Overcoming, on a Daily Basis, at Least a Million Addictions and Dysfunctions and Finding a Spiritual (Sometimes) Life" in 2000. In 2004, Lewis came in at #45 on Comedy Central's "100 Greatest Stand-Ups of All Time" list.

Richard Lewis was born Richard Philip Lewis on June 29, 1947, in Brooklyn, New York. Richard's mother was an actress, and his father was a caterer. In a 2015 interview with "New Jersey Monthly," Lewis said of his childhood, "I didn't see my father much. My dad was such a successful caterer that he was booked on my bar mitzvah—and I had my party on a Tuesday. Talk about low self-esteem. My father died young and my sister and brother moved out by the time I was in junior high. So it was me and my mother, and we didn't get along too well. She didn't get me." Richard grew up in Englewood, New Jersey, and he attended Dwight Morrow High School. After graduating in 1965, he enrolled at Ohio State University, where he joined the Alpha Epsilon Pi fraternity. Lewis earned a degree in marketing and communications in 1969. When he was 12 years old, he met Larry David at summer camp. In an interview with Howard Stern, Richard said of Larry, "Hated him. Never saw him again until I became a comic. Became best friends." Of course, David went on to create "Curb Your Enthusiasm" and cast Lewis in one of his most memorable roles: Richard Lewis. 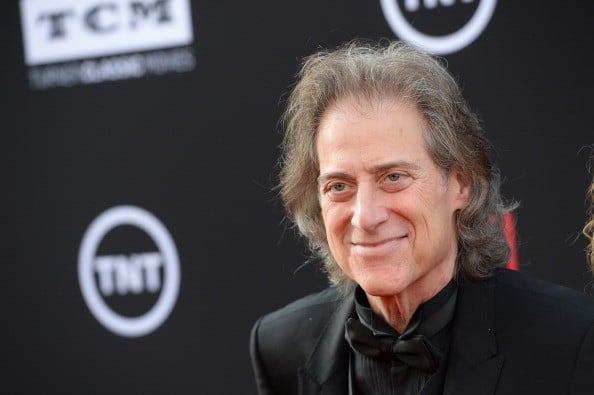 Richard married Joyce Lapinsky in January 2005. In 2016, Lewis shattered his hand after falling off his roof, and the accident "started a two-year journey into four or five surgeries." In September 2019, he underwent surgery to relieve excruciating back pain, and in January 2020, he slipped while getting out of a swimming pool and shattered his shoulder, which resulted in another surgery. Unfortunately, Richard's health woes caused him to miss out on most of the filming of season 11 of "Curb Your Enthusiasm" – in January 2021, he tweeted, "What a ride, LD! I love you, buddy. Tragically, these past 18 months I've endured a back and two shoulder surgeries and not able to be in #curbyourenthusiasm for season 11. I'll be watching…" A few months later, Lewis announced that he would be appearing in one episode. In August 2021, Richard celebrated 27 years of sobriety, tweeting, "August 3, 1994 I thought that I was near death from alcoholism. Early the next day I was rushed to the ER and turned my life around a day, sometimes a minute at a time."

In 1989, Lewis received a CableACE Award nomination for Writing a Comedy Special for "The I'm Exhausted Concert." In 1991, "Anything But Love" earned him a Best Actor in a Quality Comedy Series nomination from the Viewers for Quality Television Awards. In 2006, Richard shared a Screen Actors Guild Award nomination for Outstanding Performance by an Ensemble in a Comedy Series with his "Curb Your Enthusiasm" castmates Larry David, Jeff Garlin, Cheryl Hines, Susie Essman, and Shelley Berman.

In November 2016, Lewis put his 2,508 square foot Hollywood Hills home on the market for $1.56 million. According to property records, Richard purchased the three-bedroom, two-bathroom home for $720,000 in 1989, and he sold it for $1.354 million in January 2017. The home previously belonged to "Green Acres" star Eddie Albert. 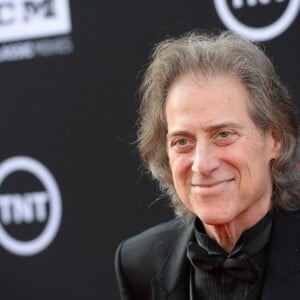