What is Richard Belzer's Net Worth?

Richard Belzer is an American stand-up comedian, author and actor who has a net worth of $16 million. Richard Belzer is best known for his long-running role as John Munch on the police procedural series "Homicide: Life on the Street" and "Law & Order: Special Victims Unit." He has also appeared in the role on various other shows over a span of 23 years from 1993 to 2016. Additionally, Belzer has been in films such as "The Groove Tube," "Freeway," "North," and "Species II."

Belzer was a featured player on the National Lampoon Radio Hour with co-stars John Belushi, Chevy Chase, Bill Murray, Gilda Radner, and Harold Ramis, a half-hour comedy program aired on 600 plus U.S. stations (1973-75). During the '80s and '90s,

Belzer has the distinction of playing John Munch on several different shows for over two decades. He played the character as a regular cast member on the NBC police drama series "Homicide: Life on the Street" and "Law & Order: Special Victims Unit". After he portrayed the character on 22 consecutive seasons of television over 23 years, from 1993 to 2016, Belzer broke a record that was previously held as a tie between James Arness and Kelsey Grammer for most consecutive years portraying a single character. Arness played Marshall Matt Dillon on 20 consecutive seasons of "Gunsmoke". Grammer played Dr. Frasier Crane for 20 consecutive seasons across "Cheers" and "Frasier". Belzer appeared in 122 episodes of Homicide and 325 episodes of SVU. Belzer made cameos as the character in episodes on several other series, including "The X-Files", "The Wire" and "30 Rock".

Richard Belzer was born on August 4, 1944 in Bridgeport, Connecticut to Jewish parents Charles and Frances. His mother was often physically abusive, and he would use comedy to distract her from attacking him and his older brother Leonard. As a teen, Belzer went to Fairfield Warde High School; following his graduation, he served as a reporter for the Bridgeport Post. For his higher education, Belzer went to Dean College in Franklin, Massachusetts, but was eventually expelled. He subsequently took a number of odd jobs, including as a census taker. Belzer's father committed suicide in 1968.

Belzer began his show-business career in the early 70s as a stand-up comic in New York City. There, he performed at Pips, the Improv, and Catch a Rising Star. Additionally, Belzer served as the audience warm-up comedian for "Saturday Night Live," and made a number of guest appearances on the program between 1975 and 1980.

In 1984, Belzer had his own short-lived show called "The Richard Belzer Show." Following this, he appeared in episodes of "Moonlighting," "Miami Vice," and "Tattingers." Belzer began appearing more frequently on television in the 90s. Early in the decade, he had a recurring role as a news reporter on the CBS series "The Flash." He also played Inspector William Henderson in multiple episodes of "Lois & Clark: The New Adventures of Superman." However, Belzer landed his breakthrough role in 1993, when he began playing the main role of Detective John Munch on the police drama series "Homicide: Life on the Street." A major success, the show ran for seven seasons through 1999. Following the end of the series, Belzer reprised his role as John Munch on "Law & Order: Special Victims Unit," playing the character for 325 episodes through 2016.

Beyond "Homicide" and "SVU," Belzer has played John Munch on numerous other programs. He appeared in the role in four episodes of the original "Law & Order" between 1996 and 2000, as well as in a 1997 episode of "The X-Files." In 2000, Belzer played Munch in the television film "Homicide: The Movie" and the short-lived UPN series "The Beat." His other appearances as Munch have occurred on "Law & Order: Trial by Jury," "Arrested Development," "The Wire," and even the late-night talk show "Jimmy Kimmel Live!"

Belzer made his film debut in 1974, starring in multiple roles in the independent comedy "The Groove Tube." In the early 80s, he had small parts in "Fame," "Café Flesh," "Author! Author!," "Night Shift," and Brian De Palma's remake of "Scarface." Later in the decade, Belzer was in the neo-noir thriller "Freeway" and the comedies "The Wrong Guys," "The Big Picture," and "Fletch Lives." His credits in the 90s include "The Bonfire of the Vanities"; "Off and Running"; "Mad Dog and Glory"; "Dangerous Game"; "North"; "The Puppet Masters"; "Get on the Bus"; "A Very Brady Sequel"; and "Species II," in which he played the president of the United States. 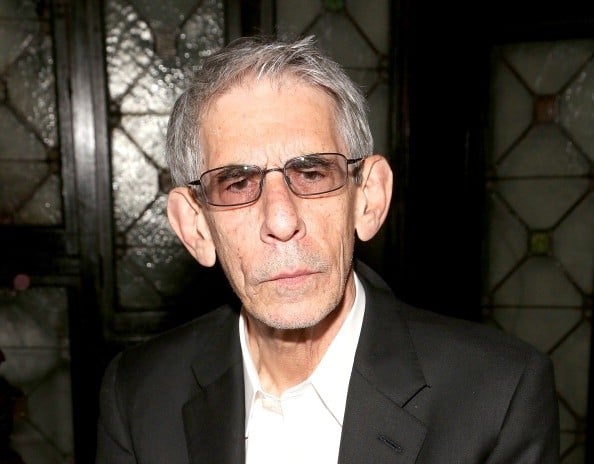 Beyond television and film, Belzer has appeared frequently on the radio. From 1973 to 1975, he was a featured player on the "National Lampoon Radio Hour" alongside Bill Murray, Chevy Chase, Gilda Radner, Harold Ramis, and John Belushi. Later in the 70s, he cohosted "Brink & Belzer" in New York City. Additionally, Belzer has been a regular guest on "The Howard Stern Show," as well as on the rightwing conspiracy show hosted by Alex Jones.

A believer in conspiracies related to the assassination of John F. Kennedy, Belzer has written numerous books about the subject. His titles include "UFOs, JFK, and Elvis: Conspiracies You Don't Have to Be Crazy to Believe" and "Dead Wrong: Straight Facts on the Country's Most Controversial Cover-Ups." Belzer has also written non-conspiracy theory-oriented books such as "How to Be a Stand-Up Comic" and "I Am Not a Cop!"

Days before the inaugural WrestleMania event in 1985, Belzer asked professional wrestler Hulk Hogan to demonstrate one of his signature moves on Belzer's television talk show "Hot Properties." Hogan proceeded to put the actor in a front chin-lock, causing Belzer to black out. When he was released, Belzer hit his head on the floor, resulting in a laceration that required a short stay at the hospital. After this incident, Belzer sued Hogan for $5 million; the two ultimately settled out of court.

In 1966, Belzer wed his first wife, Gail Susan Ross; they ultimately divorced in 1972. Four years later, he married boutique manager Dalia Danoch, who he eventually divorced in 1978. In 1985, Belzer married actress Harlee McBride, with whom he has two step-daughters named Jessica and Bree.

Belzer is a survivor of testicular cancer, having fought off the disease in 1983. He resides in the south of France in the commune of Bozouls, where he moved following his time on "SVU." 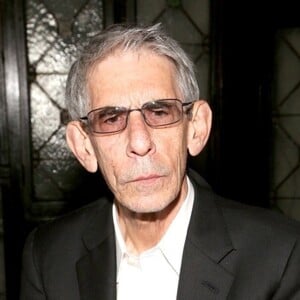