Richard Ayoade Net Worth: Richard Ayoade is an English actor, comedian, writer, and director who has a net worth of $2 million . Born in 1977 in Hammersmith, London, England, Richard Ayoade attended St. Joseph's College and St Catharine's College, Cambridge. He participated in many plays while in school. He and Matthew Holness wrote "Garth Marenghi's Fright Knight", which debuted at the Edinburgh Fringe in 2000; the play earned a Perrier Award nomination, and its sequel won the Perrier Comedy Award a year later.

By 2004, Garth Marenghi's character appeared on a Channel 4 comedy series called "Garth Marenghi's Darkplace". Ayoade also worked on "The Mighty Boosh", a radio series that began airing in 2001. Soon after its launch, it was adapted for television. Ayoade's most recognizable part, however, comes from his character Maurice Moss on Channel 4's "The IT Crowd", a role for which he won Outstanding Actor at the Monte-Carlo Television Festival. In 2014, he earned a BAFTA Award for his performance on the show. Ayoade's directorial debut came in 2010 with the film "Submarine" at the 35th Toronto International Film Festival. He earned a BAFTA nod for Outstanding Debut by a British Writer, Director or Producer. In addition to film and TV work, Ayoade has carved out a niche in music videos, directing several for the Arctic Monkeys and Kasabian. His other TV and film credits include "The Life and Death of Peter Sellers", "At the Apollo", "The Watch", "Community", "Full English", and "Strange Hill High". 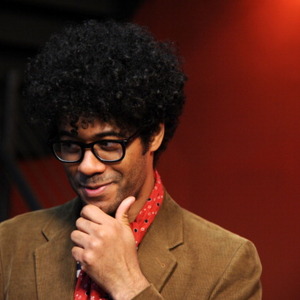