Early Life: Rhys Darby was born Rhys Montague Darby on March 21, 1974, in Auckland, New Zealand. He studied at Edgewater College and later joined the New Zealand Army. After leaving the army in 1994, Rhys enrolled at the University of Canterbury to study journalism, and he formed the comedy duo Rhysently Granted with his friend Grant Lobban in 1996. After the pair won an open mic contest at a Christchurch bar, they started taking their act to local venues.

Career: After Rhysently Granted performed at a few international comedy festivals, Darby decided to move to Auckland to pursue a career as a solo performer. He performed at the 2002 Edinburgh Festival Fringe and relocated to the U.K. in search of more opportunities. After meeting Bret McKenzie and Jemaine Clement of Flight of the Conchords at the Edinburgh Festival Fringe, Rhys appeared as the band's manager on their BBC radio series in 2004. The following year, he made his television debut in the TV movie "Who's Ya Mate?," and in 2007, he began starring as Murray Hewitt on "Flight of the Conchords." Though Bret and Jemaine did most of the singing on the series, Darby performed the songs "Leggy Blonde," "Rejected," "Hurt Feelings (reprise)," and "Friends." His first film was the 1998 Jim Carrey comedy "Yes Man," followed by "Pirate Radio," "Peacock Season," and "Diagnosis: Death" (which also featured Clement and McKenzie) in 2009. Rhys guest-starred on the New Zealand shows "The Jaquie Brown Diaries" (2009) and "Radiradirah" (2010), and in 2011, he landed a main role on the CBS sitcom "How to Be a Gentleman," appeared in the films "Coming & Going" and "Love Birds," and voiced Lead Elf in "Arthur Christmas."

In 2012, Darby appeared in the miniseries "Life Stinks" and began voicing Percy the Penguin on the Disney Junior series "Jake and the Never Land Pirates," then he guest-starred on "How I Met Your Mother" (2013), "Legit" (2014), "Modern Family" (2014), "Comedy Bang! Bang!" (2014), and "Hot in Cleveland" (2014). He reunited with Jemaine Clement in the award-winning 2014 mockumentary "What We Do in the Shadows," in which he played a werewolf who liked to remind his pack that they were "werewolves, not swearwolves." In 2016, he played a lizard person on the "Mulder and Scully Meet the Were-Monster" episode of "The X-Files," began starring on the TBS series "Wrecked," appeared in the film "Hunt for the Wilderpeople," and voiced Bibbly in "Trolls." In 2017, Darby starred as Nigel Billingsley in "Jumanji: Welcome to the Jungle," a massive hit with a worldwide gross of $962.2 million; he reprised his role in 2019's "Jumanji: The Next Level," which brought in $800.1 million at the box office

Personal Life: Rhys married Rosie Carnahan on January 25, 2004, and they have two sons, Finn and Theo. Rosie served as a writer and producer on "Short Poppies," and she appeared with Rhys in the film "Peacock Season." In 2013, Darby climbed Mt Kilimanjaro with a team of fellow New Zealand celebrities to raise money for the charitable organization World Vision. One of his fellow climbers, journalist Rob Stock, wrote an article about the experience and revealed that Rhys was battling "a heavy chest cold and infection that should really have kept him off the mountain altogether and which made his climb by far the toughest any of [them] faced."

Awards and Nominations: Rhys has been nominated for six Behind the Voice Actors Awards for "Voltron: Legendary Defender," winning Best Male Lead Vocal Performance in a Television Series in 2016 and sharing awards for Best Vocal Ensemble in a New Television Series (2017) and Best Vocal Ensemble in a Television Series (2018) with his castmates. Darby earned an Online Film & Television Association nomination for Best Supporting Actor in a Comedy Series for "Flight of the Conchords" in 2008. Darby was nominated for the prestigious New Zealand comedy honor, the Billy T Award, in 2001 and 2002, and the 2012 New Zealand International Comedy Festival honored "This Way to Spaceship" with a Fred Award, which is given to the Best New Zealand Show.

Real Estate: In 2015, Rhys and Rosie paid $1.9 million for a 3,100 square foot home in the Studio City area of Los Angeles. In 2019, they sold the five-bedroom, five-bathroom home to YouTuber Gabbie Hanna for nearly $2.2 million. 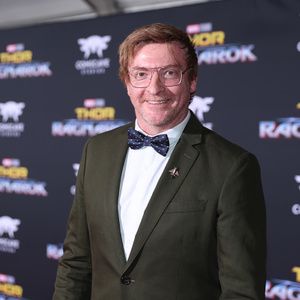