Reggie Watts net worth: Reggie Watts is a French-American comedian and musician who has a net worth of $2 million dollars. Reggie Watts was born in Stuttgart, West Germany, to a French and American family stationed on an American Army base in Germany. His family subsequently relocated and he grew up in Great Falls, Montana, and studied piano and violin until he was in his late teens.

He went on to study jazz at Cornish College of the Arts in Seattle, and played with a number of bands around the city. He then began composing music for dance productions, while also making a foray into stand-up comedy. By the early 2000s, he had begun to combine his music and comedy into solo performances. He began improvising entire songs, using effects pedals to build soundscapes, while interspersing the music with stand-up comedy. He relocated to New York City in order to continue developing his act, and also began shooting videos. He has gone on to perform at SWSX, Bonnaroo, The Montreal Comedy Festival, The Edinburgh Festival, and Bumbershoot, and has opened for both major musical acts, and stand-up comedians. He has also shot two specials for Comedy Central. 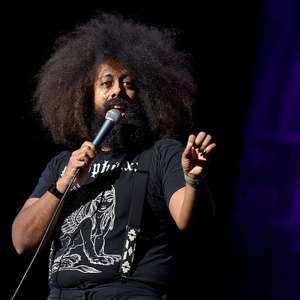