Red Skelton net worth: Red Skelton was an American comedy entertainer who had a net worth of $30 million. Red Skelton was born in Vincennes, Indiana in July 1913 and passed away in September 1997. He was known for his national radio and television performances from 1937 to 1971. He also hosted the Red Skelton Show and appeared in films, vaudeville, and more.

Skelton has stars on the Hollywood Walk of Fame for both radio and television. She started out at 10 years old as was part of a traveling medicine show. He also worked on a showboat and in the burlesque circuit. He became the host of Avalon Time in 1938 and The Raleigh Cigarette Program in 1941. He starred in several films including Ship Ahoy, I Dood It, Ziegfeld Follies, and The Clown. The Red Skelton Show debuted in 1951 and moved to CBS in 1954 before being cancelled in 1970. He earned $2.5 million per year selling his artwork of clowns. He was married three times and had two children. Red Skelton passed away on September 17, 1997 at 84 years old. 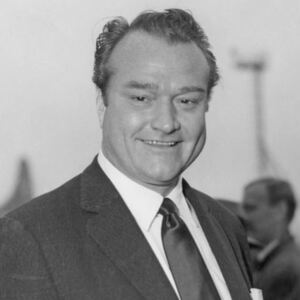