Red Grant net worth: Red Grant is an American comedian, actor, writer, and producer who has a net worth of $1 million. He is best known for his standup comedy.

Red Grant has appeared in several movies including Strays, The Watermelon Heist, So Fresh, So Clean… a Down and Dirty Comedy, The Last Stand, First Sunday, Show Stoppers, House Arrest, and Serial Dater. He has appeared in episodes of the TV series Friday: The Web Series, GGN: Snoop Dogg's Double G News Network, Family Time, Snowfall, and Transitions. Grant also appeared in, produced, and wrote for the video Family Reunion: The Movie. He has starred in several TV series and comedy specials including Reality Bites Back, Laff Mobb's We Got Next, and The Comedy Underground Special. Red Grant is often associated with Katt Williams and has appeared on specials including DeMarcus Cousins Presents Boogie's Comedy Slam, Shaquille O'Neal Presents: All Star Comedy Jam – Live from Atlanta, Kat Williams: 9 Lives, Katt Williams: American Hustle, and more. 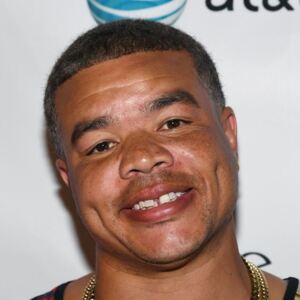