What is Rebel Wilson's Net Worth?

Rebel Wilson is an Australian actress and comedian who has a net worth of $22 million. After making her big break in Australian television comedy, Wilson successfully crossed over to North American audiences and is now best known for roles in films like Jojo Rabbit, Cats, and the Pitch Perfect franchise.

Rebel Wilson was born Melanie Elizabeth Bownds on March 2nd, 1980 in Sydney, New South Wales, Australia. Her mother has worked as a professional dog handler initially intended to pursue a career in mathematics, but ultimately chose to major in Law and Arts at the University of New South Wales. At some point she started going by Rebel, a naming convention that was also followed by at least two of her siblings, a sister who now goes by "Annarchi" and a brother who goes by "Ryot" (Ryot appeared with the third Wilson sister Liberty on the first season of the reality TV show The Amazing Race).  A student at the Australian Theater for Young People, she won their international study scholarship, and traveled to the US to study with Second City Improv.

She began to gain widespread attention in Australia for her performance in a touring musical that she also wrote and produced, called, The Westie Monologues. She went on to tour with two more successful shows, entitled Spunks and Confessions of an Exchange Student. In Australia, she reached new levels of fame on the comedy series Pizza and The Wedge, as well as Fat Pizza, the feature film based on the aforementioned show. During this time she also began landing roles in Hollywood feature films, like the 2007 Marvel Comics adaptation Ghost Rider starring Nicolas Cage, which eventually lead to her deciding to move to Los Angeles in 2011.

Wilson quickly showed up on the big screen again in the comedy hit Bridesmaids, which was followed by appearances on sitcoms like Rules of Engagement and Workaholics. She has continued to be a fixture in big screen comedies, including lead roles in Isn't It Romantic and The Hustle, a remake of the Steve Martin classic in which she starred along with Anne Hathaway in 2019. That same year was a busy one for Wilson, since it also included her appearances in Taika Waititi's Nazi-themed "anti-hate satire" Jojo Rabbit and the infamous big screen film adaptation of the Andrew Lloyd Webber musical Cats.

In 2020, Wilson hosted the Australian dog grooming reality competition series Pooch Perfect (an obvious nod to her work in the Pitch Perfect films), appeared on an episode of Celebrity IOU, and hosted LOL: Last One Laughing, a comedy reality show in Australia and which was later made available to a wider audience on Amazon Prime. 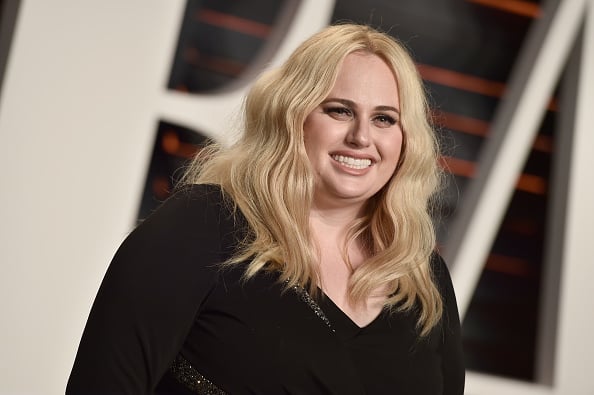 Wilson won a notable defamation case against the Bauer Media Group in her native Australia in 2017. The suit was filed in connection with articles about Wilson that appeared in Woman's Day, the Australian Women's Weekly, NW magazine and OK! magazine that she said wrongly depicted her as a "serial liar" due to discrepancies between her upbringing and her age. She was awarded AU $4.5 million in the case, which comes to more than $3.2 million in American dollars as of this writing, a record-breaking sum for defamation cases in Australia. But in a tweet before the damages were awarded, she pledged that the suit was not about the money for her:  "Any dollars I receive will go to charity, scholarships or invested into the Aussie film industry to provide jobs." In October of 2017, Bauer Media Group appealed the decision and successfully got the damages reduced to $600,000, a decision which Wilson herself attempted to appeal before her application to do so was rejected by a judge.

In the summer of 2011, around the same time she was moving to the US, Wilson signed an endorsement deal with the Australian branch of weight loss brand Jenny Craig. She told the media that she'd lost 22 pounds on the program and would have continued to lose more had the producers of the Pitch Perfect film series not mandated her from losing any additional weight. In 2020 she went into more detail about this publicly, saying in an interview with The Sun that she "had a job where I was paid a lot of money to be bigger, at times which kind of can mess with your head a bit." And in early 2013 it was confirmed that she had cut ties with the company in 2012. Wilson reportedly lived with fellow actor and comedian Matt Lucas in Hollywood from September 2012 until sometime in 2015.

In 2014, it was reported that Wilson had spent $3.75 million for a waterfront estate in her native Sydney, plus another $900,000 for renovations on the property, described as a Victorian-style abode dating back to the early 1900s. Rebel listed this home for sale in April 2022 for $6.7 million.

She owns at least one investment property, including a luxury two-bedroom apartment in a converted mansion in Balmain, a suburb of Sydney.

She's also been linked to a $3 million loft in the Tribeca area of Manhattan, located in an exclusive complex with several other celebrities, including Justin Timberlake, Harry Styles, and married couple Ryan Reynolds and Blake Lively.

She owns a "traditional masterpiece" in the Cape Cod Colonial architectural style located somewhere in West Hollywood that coincidentally also cost almost $3 million, and elsewhere in LA she has a second home purchased in $2.2 million (either for investment purposes or some other reason). Before her current digs, she lived in a 2,500-square-foot Hollywood Hills estate that she paid a reported $2.2 million back in 2014. 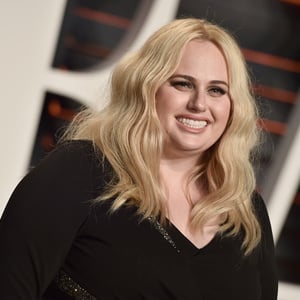