What is Ray Romano's Net Worth and Salary?

Ray Romano is an American stand-up comedian turned actor and writer who has a net worth of $200 million. Ray Romano is best known for his role on the hit sitcom Everybody Loves Raymond. Outside of his work on this show, Ray Romano has appeared in a wide range of TV and film roles. Outside of acting, Ray Romano is a talented poker player who was competed professionally in tournaments. He is also a amateur golfer.

Ray's salary per episode of "Everybody Loves Raymond" for the first four seasons isn't known but starting in season five he earned $800,000 per episode. That works out to roughly $19 million per season, in seasons 5, 6 and 7. That's $57 million from these three seasons alone. If you assume he made just $300,000 for the first four seasons, that would be an additional $30 million.

For the final two seasons of his show, Ray earned what was then a record-breaking $1.75 million per episode. That was enough to make him the highest paid television actor in history up to that point. His record was broken in 2019 when both Jennifer Aniston and Reese Witherspoon earned $2 million a piece per episode of The Morning Show. However, when you adjust for inflation, Ray's $1.75 million is the same as around $2.3 million per episode today. Through this lens, Ray Romano is  the highest-paid actor in television history as of this writing.

Using the $1.75 million number, Ray earned $40 million off season 8 of his show. He earned $28 million on the shorter final season the following year. And keep in mind, these amounts are base acting and production salaries alone. Ray owns part of the backend points on the show which has already allowed him to earn tens of millions from syndication deals to date. He will continue to earn millions from syndication for years to come. But just looking at those in-production earnings:

Raymond Albert Romano was born on December 21st of 1957 in Queens, New York. He grew up in an Italian-American family alongside two brothers. His family life later proved to be an inspiration for many of his skits and standup comedy routines. He also based Everybody Loves Raymond on his real-life family experiences, both as a child and as father/husband. Romano graduated from high school in 1975, and he was in the same class as comedian Fran Drescher. After high school, Ray Romano studied accounting at Queens College in New York.

While Romano was studying accounting and working various part-time jobs, he decided to try his hand at stand-up comedy. After finding success on the stages of various comedy clubs in New York City, Ray Romano decided to pursue a full-time career in comedy. By 1989, Ray Romano was winning citywide stand-up comedy competitions, and he participated in The Johnny Walker Comedy Search.

This marked the beginning of Ray Romano's stand-up career, and he appeared on television for MTV's Half-Hour Comedy Hour in 1990. He also appeared regularly on The Comedy Channel. In 1995, Ray Romano's career began to seriously take off. He booked a recurring role on Comedy Central's Dr. Katz, Professional Therapist and was a contestant on Star Search in the category of stand-up comedy. 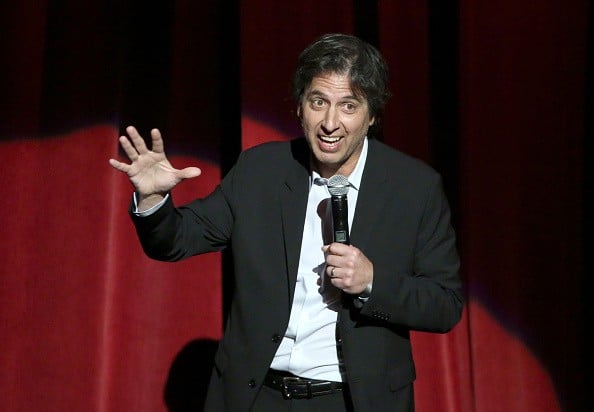 Ray's real breakthrough came when he appeared on The Late Show with David Letterman. The host of the show was so impressed with Romano that he pushed to have the comedian star in his own sitcom.

This sitcom eventually became Everybody Loves Raymond. David Letterman's own production company was involved with the show's creation, and it first aired in 1996. During the show's run, Ray Romano won one Emmy and the show itself won two. It was one of the most-watched shows on television, and it ran until 2005. In 2004, he was named the highest-paid television actor in history.

Many of the characters on the show are heavily based on Ray Romano's own family members. In addition, many of his real-life family members have appeared on the show, including his daughter, his brother, and his father.

After Everybody Loves Raymond, Romano starred in films such as Grilled, Paddleton, and 2019's The Irishman. He also voiced the character of Manny the mammoth in Ice Age, reprising his role for the film's four sequels. The Ice Age film franchise contains some of the highest-grossing animated films in history.

Romano also found continued success on television, appearing on shows like Who Wants To Be A Millionaire, The Price Is Right, The Office, and The Middle. Ray Romano has booked recurring roles on Men of a Certain Age and Parenthood. As of 2020, he has a leading role in the Epix series Get Shorty.

Outside of acting, Ray Romano is a poker enthusiast who has competed in the World Series of Poker numerous times. He is also an avid golfer, and in 2012 he finished fifth in the AT&T Pebble Beach National Pro-Am alongside Steve Bowditch.

Romano met his wife while working at a bank, and they got married in 1987. They have four children together. In 2012, Romano announced that his wife had successfully recovered from breast cancer.

Real Estate: Since the late 1990s Ray has owned a lavish 10,000 square-foot mansion on 1.25 acres in Encino California that is likely worth north of $10 million today based on comparable sales. This was his primary residence during the filming of his show since it was only a few minutes from the studio. In 2004 he paid $8.5 million for an oceanfront home on Malibu's ultra-exclusive Broad Beach. This home today is easily worth north of $25 million.

In 2017 he paid a relatively-modest $2.1 million for a home in Venice, California. 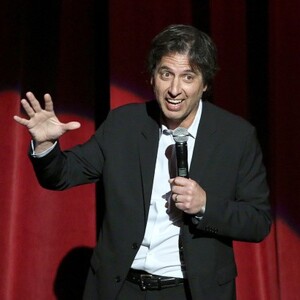